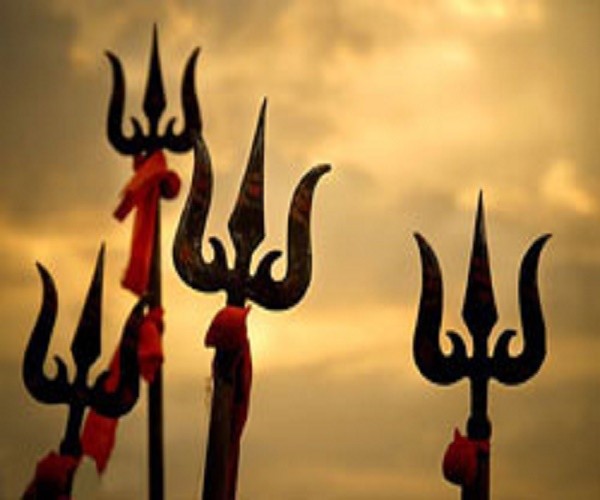 Until recently, what seemed like the Modi’s India now looks a little disenchanted after BJP’s lack-luster performance in Gujarat and the party’s humiliating defeat in Rajasthan by-polls. It seems that the disillusioned and disappointed Indian voter is once again looking for a change.

Not long ago, the intellectuals, human rights groups and journalists across the globe were lamenting the rise of ultra-right and orthodox Hindu nationalist government in India. The stray incidents of beef-killings and love-jihad gave them sleepless nights, compelling them to predict the onset of terrible times for the minorities and the end of the Nehruvian consensus. However, today it seems that the juggernaut of Hindutva is collapsing under its own wheels and the Congress, the grand old party is reviving.

India has the extraordinarily amazing potential to surprise. Most often, predictions about India in the domestic and international intellectual world are belied. The question arises, “Why so? Because any socio-political analysis of India done without a nuanced understanding of the meandering pathways of a Hindu mind will always be incomplete and superficial. A subtle insight into a Hindu mind will help us know better the fundamental reasons as to why a country with 82% Hindu majority can never become a perpetually Hindutva-governed-Hindu majoritarian state spelling nightmares for the minorities under a Hindu nationalist party.

Nurtured on the oriental spiritual traditions like middle-path and Shunyavad (Buddhism and Vedanta ) and the Syadvaad (manyness of reality, Jain traditions), the sub-conscious of a typical Indian voter is naturally inclined towards a middle-path. Consequentially, the Indian electorate generally avoids the extremes and highly radicalized ends of the political spectrum i.e. RSS and Communist parties. They tend to fall between the above-mentioned two extremes. Between the two extremes, there is center-left i.e. Congress and the center-right i.e. BJP. And, India’s default state is the center-left i.e. Congress.
Center-left in India symbolizes socialistic ideals, an over-arching Gandhian value-system and India’s religio-spiritual legacy of renunciation. In addition, over the years, the center-left has also come to symbolize a slothful attitude; a confused mindset overburdened or rather weakened with traditionalism and idealism, status-quoism, and intense mental weakness and resistance to any event that disturbs the socio-political, religious and cultural comfort zones.

The center-right symbolizes an undercurrent of Hindu nationalism in the backdrop of any social, cultural and political activity. It also symbolizes a general commotion and change but within the reasonable limits of the comfort zone of a Hindu mind. Hence, when the sense of suffocation at the prevailing situation and the culture of status-quoism intensify, accompanied by a bout of Hindu-nationalist assertion, the people crave for a change in the political regime.

Such a change happened in 2014 when people voted Modi to power. But it is interesting to note that the capacity of India’s electorate to bear with the change and commotion is very restricted and any misadventure giving an existential threat to their socio-cultural comfort zone will never be accepted. And, in a democratic setting like India, such a rejection is a cake-walk.

Most of the analysts fail to observe the robust, instinctual, remarkable and unique resilience mechanism of the Indian psyche. And, this is the reason their predictions about India often fall flat. The recent defeats in Rajasthan and Gujarat may be explained in terms of other factors including the major ones like the anti-incumbency but at some stage, the discomfort emanating from the essential nature of Indians discussed above is also a major cause for the recent defeats.

Barring small fanatic fringe elements, the majority of Hindu supporters of the BJP are not comfortable with such Taliban-styled violent, terrorizing and regressive Hindu nationalism.

Modi through his radical measures such as demonetization and GST has attempted to give an existential threat to the above-mentioned comfort zone of Indians. And, the middle-class is already feeling alarmed and scared for the future. Coming to the BJP’s second main plank of Hindutva, it deserves a mention that today Hindutva is identified with the gangs of uncouth and lumpen young men donning saffron robes with a tika and a beard that exudes brutality in every sense. In popular perception, such thugs engage in moral policing and kill innocent people over beef and love-jihad.

ALSO READ:  All Schools Will Observe Half-Day Classes From March 15 Onwards In Telangana

Across the country, incidents of communal tension bringing routine life to a halt have risen in number. Most often they are sparked off by petty scuffles over the slogans of “vande matram”, Bharat mata ki jai” or some mob violence over beef-smuggling and love-jihad. Such street-level Taliban styled radicalization of Hindus has not only tarnished the image of India but also fueled Muslim radicalization erupting in communal riots such as the most recent one in Kasganj (UP).

In politics, now, the Muslims rally around their hate-mongering communal leaders like Asaddundin Owaisi, unlike the previous situation when most of them rallied around supposedly-secular parties like Congress. Barring small fanatic fringe elements, the majority of Hindu supporters of the BJP are not comfortable with such Taliban-styled violent, terrorizing and regressive Hindu nationalism.

The BJP had an opportunity to create a credible alternative rightwing narrative in a constructive manner. The sensible rightwing minds expected them to commence research projects in history, political science and sociology, anthropology, physical sciences and International Relations to project a new evidence-based narrative as over the last 50 years the rightwing ideologues have claimed and rightfully so that the Marxist historians have presented a biased history in an unholy nexus with the political regime. But the BJP could not present any credible intellectual boost to Hindu nationalism could through an intellectual course correction in history and social sciences presenting an alternative view.

Given the present disappointment over elections results and the history of the defeat of 2004 general elections, it is highly likely that BJP will go back to Hindutva.
Over the last five years, it appears that the so-called Nehruvian ecosystem (term used by journalist Minhaz Merchant for the left-liberal cabal of politicians, intellectuals, and civil society activists) exhausted BJP’s energy in trivial issues like Kanhaiya Kumar and JNU agitation, intolerance, “award vapsi” and the suppression of dissent. And, the game was played very efficiently. Today, it baffles our minds that an opposition of 44 MPs could actually make the government led by political veterans like Modi dysfunctional on petty issues.

BJP still has time and opportunity for introspection and course-correction. After all, the Modi government has some remarkable achievements in the field of economy, foreign policy, technology and infrastructure to its credit. Even now, there seems to be an absence of a credible leader who can replace Modi.

The Congress lost the 2014 elections because of incompetence, corruption and its staunchly anti-Hindu behavior. Until today, Hindus in India remember the days when Congress was talking about “saffron terrorism”. Political gimmicks like Rahul Gandhi’s soft-Hindutva might not make much headway with the Hindu-majority. The Modi-government has so far had a clean-image. An average middle-class voter trusts Modi as a man with a progressive vision and clean intentions who has the potential and the desire to give effective, business-friendly and efficient governance. The BJP might want to harness the said image and legacy in popular perception.

However, given the present disappointment over elections results and the history of the defeat of 2004 general elections, it is highly likely that BJP will go back to Hindutva. Pragmatically speaking, it might actually be a political necessity. However, this time around the party can try an inclusive, modern or rather post-modern, cultural, intellectual, spiritual and constructive version of Hindutva rather the one dwelling on hatred, mob-passions, and high-voltage street drama.#KhabarLive