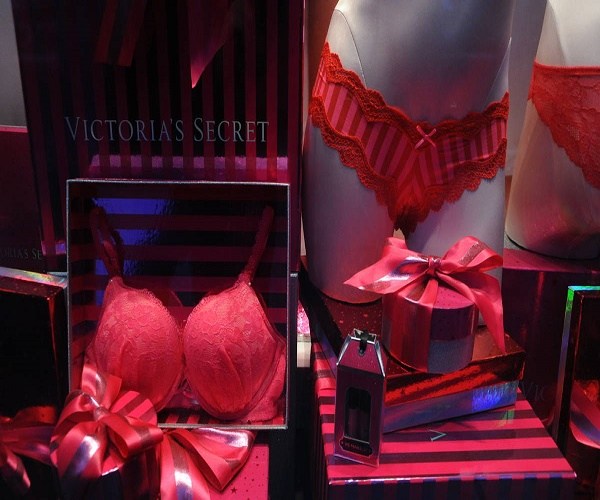 The park is a textbook case on how clustering can make smaller companies competitive and more productive, and enable them to generate employment. If the women are quick, one bra can be made in seven minutes.There are 28 women behind each bra stitched and as many as 33 operations before one is ready.

The fabric for the bra is laser-cut as per the design, while sheets of polyurethane foam are moulded in machines to give the bra cup a three-dimensional shape. Then it is ready to be stitched.

In this assembly line, thousands of sewing machines collectively whir. If you were to hear, and not see, the soundscape is closer to the hubbub of a cruising motorcycle. Workers use industrial sewing machines to attach cloth to the moulded cups, join them, stitch on underwires and then the elastic, lace, hooks, pins and labels – one after the other. The price tag is stitched on too.

It is a busy factory. The plant floor is as colourful as the productsit produces. Every line makes a different model. Some are black, others brown. The sewing machine operators wear yellow aprons. The quality inspectors wear brown, supervisors wear white. Machine operators have colourful caps on, which are as much about safety as they are for identification; caps prevent long hair from coming in contact with the sewing machine. The employees at Seeds work in two shifts and produce 7,50,000 bras a month,* exclusively for Victoria’s Secret and its brand Pink, which is targeted at younger college girls.

Seeds doesn’t make panties, a product which is equally employee intensive. Brandix, the Sri Lankan company in the joint venture, makes panties, but in separate factories, walking distance from Seeds. One of them caters to just Victoria’s Secret. The factory I visited started in 2008 with 1,700 workers. Now, it employs 4,100 who can make 4.5 million panties a month.

ALSO READ:  New Mantra, Vedanomics Is All We Need For 'Achhe Din' To Modiji

Its plant floor arrangement and processes appear similar to those of Seeds. Workers wear red and green caps and aprons. Once the pieces are cut from the fabric, they are pinned. From here on, they are assembled one piece at a time. There are 62 lines in the factory producing different variants of the product.

Behind every panty stitched and packed, there are 16 women. The making of intimate wear, in many ways, begins when cotton yarn is converted into fabric. The factory of Teejay, a Sri Lankan company, is 520 metres long, designed as one straight line so materials can be moved easily from one end to the other. At one end is a warehouse that stores huge yarn rolls. Machines and men then take over.

Giant circular machines, 106 in all, dominate the plant’s knitting unit. They marry cotton yarn with spandex – a synthetic fibre – to produce the fabric. One machine can produce almost 250 kilograms of fabric in eight hours.

The fabric is next transferred to the bulk dyeing area where cylindrical chambers are filled with water and organic chemicals.

Once inserted, the fabric runs in loops and absorbs pigments. The factory, today, is dyeing the fabric in red and black. It must then beslit before drying – the fabric can be in the form of a tube that needs cutting. The textile is ready after being ‘compacted’, a process that controls the shrinkage and weight, measured in grams per square metre (gsm). This also results in what is commonly called the ‘hand feel’, or how the fabric feels on the body.

The finished fabric is passed on to quality teams in testing labs to check if it meets customer standards. At the end of the building is another warehouse, for finished fabric.

The plant produces 35 tonnes of fabric a day and runs 24/7. The process of turning yarn into fabric is mostly automated, all the machines programmed. The 1,150 people working here simply load, unload and supervise.

Pioneer Elastic and Ribest Ribbons and Bows are both based in the east. They do different things.

Pioneer Elastic started in 1963 and is headquartered in Hong Kong. The company’s global monthly production exceeds 52 million metres of elastic tape, the bulk of it coming from China and Thailand. Its plants are also automated. The firm’s website tells us that ‘combining with the strengths of our computerized production equipment and advanced operation and management system, Pioneer is your perfect source of elastic fabric’.

The Pioneer factory that I visited employs 453 people and produces 12 million metres of elastic tape a month. Nylon and spandex are intersected to make yarn, and 123 machines convert it into elastic. The elastic is dyed in a myriad of colours after orders are received from customers.

Ribest Ribbons and Bows, a Chinese company, makes beautiful things: Valentine’s heart ribbons, satin ribbons, ribbon bows, those arranged like a flower, in different shapes and sizes. Women hand-make more than a hundred intricate designs. The women workers sit in rows close to one another. Some knot bows that don’t require a thread to keep them together; others use a soldering gun.

The bows get stitched on to bras and panties. Little things that make intimate wear sexy, or as these companies would tell you, little things that transform lingerie from a product to an experience. Companies like Ribest Ribbons and Bows, Pioneer, Teejay, Seeds and Brandix all feed into one another. Some of the factories mentioned here are smaller compared to those run by their owners elsewhere in the world. Nevertheless, they aren’t uncompetitive.

All the five, along with 10 other companies in the same industry, operate out of the same park, the Brandix India Apparel City (BIAC) near Visakhapatnam. This is a business cluster of interconnected units thriving in the same region. All these businesses are dedicated to just one product – knit intimate apparel, or lingerie. The lingerie market is a big enough one. A report by Transparency Market Research valued the global lingerie market at $33.18 billion in 2015 and estimated it would grow to $56 billion by the end of 2024.

Brandix, the developers of the park, signed a lease agreement with the Andhra Pradesh government, the Andhra Pradesh Infrastructure Industrial Corporation (APIIC), in 2006 and took 1,000 acres on lease. It started developing the special economic zone (SEZ) in 2007. The park was inaugurated in May 2010.

Today, the park is a textbook case on how clustering can make smaller companies competitive and more productive, and enable them to generate employment. They can aid farm to non-farm transition of many people.

From 100 people in the first year, the BIAC employs 19,500 now. About 16,000 of them are women. The turnover from the park is close to Rs 2,000 crore, and in 2017–18, exports grew about 10 per cent from the previous year. Apart from Victoria’s Secret and Pink, brands sourcing from this park include , Marks & Spencer and Lidl, their website says.

(This excerpt was taken with permission of Hachette India from ‘Jobonomics: India’s Employment Crisis and What the Future Holds’ by Goutam Das.) #KhabarLive