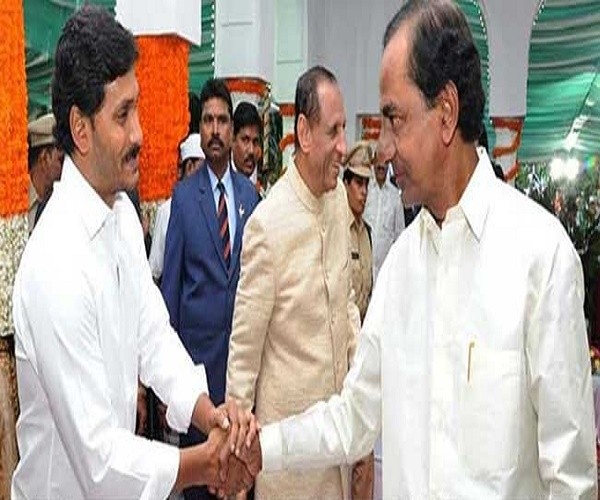 In what may be called as a shocking speculations in the Telangana politics, the TRS Chief KCR is heavily rumoured to breathe Oxygen into the party YSRCP for the early polls.

KCR is heavily rumoured to breathe OxygenGoing into the details, the YSRCP completely wiped out of Telangana post the 2014 elections. Forget about contesting, many local leaders closed the party offices across the T-state after losing deposits. Such party is rumoured to be coming into existence due to the acting CM of Telangana, KCR.

According to the ongoing buzz, KCR who is very interested in making more than 31 Reddy candidates to contest for early polls. So he desperately needed the support of a Reddy party. Except for YSRCP, no party in the two Telugu States is headed by Reddy.

Rumours rife that KCR is going to have a deal with the YSRCP in 70 and 30 percent ratio of seats for the snap polls. If this becomes a reality, then the Telangana is going to witness an unexpected combination all of a sudden.

As the alliance with BJP is ruled out, TRS may consider this speculation. For now, the Pink Party is busy preparing their agendas to win the hearts of Telangana voters and lobbying for getting permission for early polls to regain Power. #KhabarLive