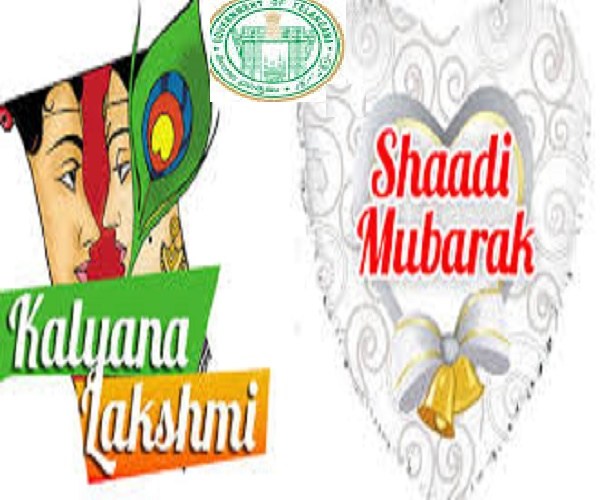 Marrying off a girl is a big thing in our country even today. It is a prestige issue for many and parents don’t hesitate to take loans, especially in villages to meet the marriage expenses. But such loans do not come easy. It is mostly from informal sources like moneylenders or relatives. Resultantly, parents live under the burden of loan for life in many cases.

It was against this backdrop that the Telangana government introduced its innovative welfare scheme — Kalyana Lakshmi/Shaadi Mubarak — on October 2, 2014, aimed at helping such parents. The scheme kicked off with a one-time financial assistance of Rs 51,000 for the marriage of single women belonging to SC/ST communities by the government.

Gradually, the scheme was extended to the Backward Classes (BCs) and the Economically Backward Classes (EBCs). The one-time financial assistance was also increased to Rs 75,116 and then to Rs 100,116 now. So far, 3.6 lakh families have received benefit from the scheme.

Beneficiaries eligible under the scheme have to fulfil certain conditions such as: the unmarried woman must belong to the SC/ST community, be a resident of Telangana and should have completed 18 years of age at the time of marriage. The combined income of a bride’s parents must not exceed Rs 2 lakh per annum.

It’s been over five years now and the time is right to assess the performance of the scheme. The State Planning Department, therefore, conducted a survey to get the feedback on its implementation.

The key findings are as under:
• The poorest of the poor beneficiaries such as landless and those with an annual income of below Rs 75,000 benefitted from the scheme
• Mahabubnagar, Karimnagar and Nalgonda had more SC beneficiaries, while ST beneficiaries were more in Khammam, Adilabad and Warangal
• 40% of the brides were illiterate. Of this, ST-Rural brides comprised 44.5%, compared with SC-Rural brides at 39.1%
• About 11.5% of SC-Rural beneficiaries and 9.3% of ST-Rural beneficiaries had a degree or higher qualification
• Almost none possessed skill-oriented certificates/job oriented diplomas
• Most of them were housewives
• Brides in the rural areas were mostly involved in agricultural labour or were students, while in urban areas, they were domestic helps or students
• 93% took loans from moneylenders, friends and relatives. Only 2% approached banks

Low Awareness
Currently, the source of information about the scheme is mostly through friends or relatives. It, therefore, came as no surprise when the beneficiaries were unable to list out all the eligibility conditions for applying for the scheme — 65% could answer only three or more eligibility conditions and in the case of ST-Urban beneficiaries, their knowledge levels seemed to be even lesser (56%).

Pamphlets, street plays, public events and wall paintings seem to have rarely reached them. Most reported that TV and newspapers were the prominent source for them to know about the scheme. Also, around 75% of the beneficiaries applied only after the marriage.

Most Difficult Process
On the flip side, getting the eligibility documents required for filing the application was the most difficult process – said 56% of the respondents. Almost 96.5% said they incurred expenses during the application stage. An average of Rs 1,918 was incurred by an ST beneficiary and Rs 1,754 by SC beneficiary. Apart from the cash spent, beneficiaries also reported that they spent around 21.7 days (State average) towards accessing the scheme.

When it comes to receiving financial assistance, though for most (69%) it came within three months, for some (3.3%) it took even six months. A few even had to spend a lot – Rs 4,742 – to get the assistance.

It was found that on average a household spent about Rs 2.74 lakh for marriage. Among the districts, Khammam spent the least (Rs 1,68,259 by SC-Urban) while the highest was reported in Rangareddy district (Rs 5,32,667 by ST Urban beneficiaries).

Aid Spent On
Though the financial assistance is for performing marriage, it is primarily used for repaying loans taken for marriage purposes. About 42% of the beneficiaries used the money to repay loans. About 26% of the brides spent the money on buying ornaments and 2% of the families made fixed deposits in the name of the bride. It was also noticed that 16% of the beneficiaries used the money to buy gifts for the bridegroom.

Making an Impact
However, the overall evaluation of Kalyana Lakshmi/Shaadi Mubarak scheme underscores that it is saving the bride’s families from the agony of the informal credit taken at exorbitant interest rates. With financial assistance provided by the government, the bride and her family have been empowered to take better decisions with regard to the choice of the bridegroom, timely marriage arrangements and the overall expenses for the wedding.

Except for the complexities during the application process, the beneficiaries expressed satisfaction towards the scheme. The scheme has resulted in positives no doubt like a drastic decrease in child marriages and a decline in school dropouts of girl students. However, if a few loopholes can be fixed, the scheme will be effective and yield better results. #KhabarLive