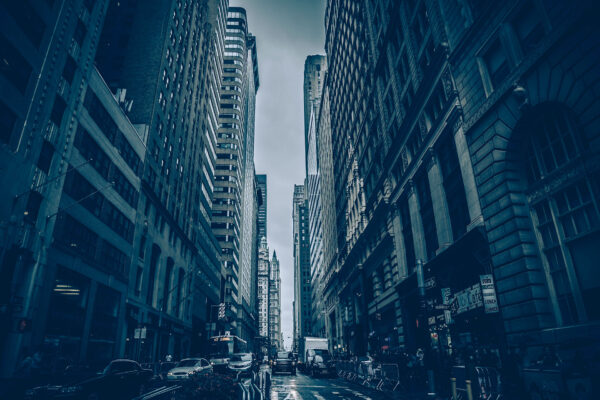 Epidemiologists typically speak in qualified and caveated language. But newly released results from a trial of a biological technology that aims to stop the spread of mosquito-borne diseases have them using terms such as “staggering” and “epochal”. The study, conducted in an Indonesia city, showed that releasing mosquitoes modified to carry a bacterium called Wolbachia, which stops the insects from transmitting some viruses, led to a steep drop in cases of dengue fever. The findings provide the strongest evidence yet that the technique, in development since the 1990s, could rid the world of some of these deadly diseases, researchers say.

The trial in Yogyakarta released Wolbachia-infected mosquitoes into randomly designated portions of the metropolis. Rates of dengue in these places were 77% lower, over several years, compared with areas that did not receive the mosquitoes. The results were reported in press releases on 26 August, but the full data underlying the figures are yet to be published.

It will be important to scrutinize the full data, but “a 77% reduction is really extraordinary”, says Philip McCall, a vector biologist at the Liverpool School of Tropical Medicine, UK. “This does have huge promise.”

The study has been running since 2016 and finished several months early because of COVID-19. But scientists say the results should support roll-out of the technology worldwide. The trial was coordinated by the non-profit World Mosquito Program (WMP), which hopes to deploy the mosquitoes to dengue-endemic areas all over the world.

“This a real breakthrough, a new hope for us, for the people and hopefully for the programme,” says Adi Utarini, a public health researcher at University of Gadjah Mada in Indonesia, who co-led the trial.

ALSO READ:  The Life and Death of Ancient Cities: A Natural History

The approach proven in the Yogyakarta trial was pioneered by a team led by Scott O’Neill, a microbiologist at the University of Monash in Melbourne, Australia, and director of the WMP. Around 60% of insect species carry Wolbachia pipientis, but the bacteria do not naturally infect the Aedes aegyptimosquito species that transmits dengue, Zika and numerous other viruses. Beginning in the 1990s, O’Neill’s team developed laboratory populations of infected A. aegypti and showed these insects do not transmit viruses including dengue.

The team first began releasing the mosquitoes in parts of northeastern Australia that experienced periodic outbreaks of dengue — a disease that infects nearly 400 million people annually and kills 25,000, mostly in low- and middle-income countries in Asia, the Pacific and Latin America. The bacteria tend to quickly spread throughout local mosquito populations, and a 2018 study of a release programme in Townsville found that dengue rates plummeted after 4 million mosquitoes were released in different neighbourhoods. But the study did not include control areas that did not have mosquito releases. Australian outbreaks of dengue are also smaller and less frequent than those that hit cities in Southeast Asia and Latin America, where the virus is endemic.

The WMP launched the Yogyakarta trial to fill those gaps. Utarini and her colleagues divided the city of nearly 400,000 people into 24 clusters, and randomly selected 12 for mosquito release and 12 to serve as controls. Working with clinics scattered about Yogyakarta, the researchers identified 400 confirmed cases of dengue among thousands of people who showed up with acute fevers. They then compared where people with dengue — who were mostly children — had been in the previous two weeks, to determine whether they had been in an area where mosquitoes had been released or not.

The data from the trial were unblinded in June — a few months earlier than scheduled, because of rising coronavirus cases in Indonesia. But they were “pretty staggering”, says Nicholas Jewell, a biostatistician at the London School of Hygiene and Tropical Medicine (LSHTM) and the University of California, , Berkeley, who co-led the study. The 77% reduction in dengue cases in areas that received Wolbachia mosquitoes translates to people being 4 times less likely to develop the disease.

“I’ve never been involved in a study quite as successful as this,” says Jewell, who has studied infectious disease interventions since the start of the HIV epidemic in the 1980s. “We’ve never had anything like this. Condoms provide this level of protection,” he adds. Jewell reckons that their estimate for the reduction in dengue cases is conservative, because many people probably moved between areas with Wolbachia mosquitoes and without. (Now that the trial has finished done, the WMP will release modified mosquito across the entire city. “That’s our obligation,” says Utarini.)

With the underlying data unpublished, McCall says that many questions remain unanswered, such as how the level of protection varied between different areas, and how this relates to the prevalence of Wolbachia in local populations. “All we have is that golden number. We need to hear a lot more about it,” he says.

The fall in dengue rates “provides strong evidence supporting the use of Wolbachia”, says Neal Alexander, an epidemiologist at LSHTM. Looking at how people’s mobility between treated and untreated areas influenced protection should help to determine how generalizable the releases are to other places.

“Scale-up” is what O’Neill plans to do next. The WMP hopes to release Wolbachia mosquitoes in areas covering 75 million people at risk of dengue in the next 5 years and reach half a billion people in a decade. The releases have been done with regulatory approval and extensive local consultation, which will also need to be scaled up. One hurdle will be gaining the endorsement of the World Health Organization, which guides many countries’ public-health decisions.

Another will be funding. Charities such as the Bill & Melinda Gates Foundation in Seattle, Washington (of which WMP is a part), Wellcome in London and Indonesia’s Tahija Foundation have supported trials so far. But O’Neill says funding from governments and bodies such as the World Bank and Inter-American Development Bank will be needed to help finance large-scale releases. Work by independent economists has suggested that the mosquito releases, which are estimated to cost between around US$12 to $21 per person covered, pay for themselves within a few years by reducing healthcare costs, lost income and other tolls of dengue.

The WHO ordinarily requires data from two separate trials to recommend an intervention says Immo Kleinschmidt, an epidemiologist at LSHTM who was part of an independent board monitoring the trial. “But I suspect that the demand for this intervention from dengue-endemic countries will result in the widespread introduction of this method, with a good prospect of eventually eliminating the disease,” he says. “The significance of this result is epochal.”

Opposition Demand With President Not To Sign Farmers Law

Dell, HP, Lenovo, Apple—Here’s What You Need To Know When Buying A Laptop