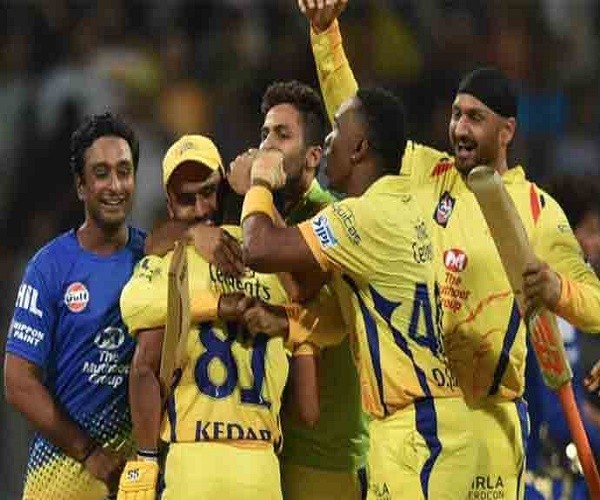 After 1,095 days, as Star Sports’ presenters and commentators repeatedly told us last night, Chennai Super Kings returned home. The Chepauk was so yellow that it was indistinguishable from a Yash Raj Films set. Last night’s crowd got to see their team – the most successful team in the Indian Premier League’s history – win again.

What they witnessed was a very familiar sight for IPL viewers across the country: A powerhouse team with the same core – MS Dhoni, Suresh Raina, Ravindra Jadeja, and Dwayne Bravo – snatching victory from the jaws of defeat. They celebrated yet another heist by the team as Jadeja and Bravo took advantage of an atrocious last over.

To neutral viewers and cricket enthusiasts, though, this seemed like virtually nothing had changed in the last three years that CSK have been in exile. They’re still a star-studded team with jewels from virtually every continent. They still have one of the best minds in world cricket leading them.

And they still continue to scrape wins when they should be cruising to them.

Now think about whether this sounds familiar: the weakest batters in the team are sent up the order, while heavyweights like Dhoni, Bravo, Albie Morkel etc are pushed down. The top order doesn’t do too well, but the likes of Jadeja are still sent above Bravo, Morkel, and sometimes even Dhoni. These big players, especially Bravo and Morkel, have to then come in with very little time to spare and save the day.

Sure, a few minor changes have been made. Dhoni did promote himself in the last couple of seasons CSK played. A power-hitter like Watson is now opening the innings and another, like Sam Billings is at least batting above Jadeja. But what has also changed is Dhoni the batter, whose struggle to play the big shots is almost painful to watch, effectively ensuring the same thing: the lower order having to bail the team out.

Among the most successful IPL franchises (Kolkata, Mumbai, Chennai), it’s safe to say that CSK are the most poorly managed. It’s probably the reason why they didn’t win the league after 2011. Star power can only get you so far, and when other franchises realised that the key to success wasn’t getting the biggest names, but about managing them, CSK fell behind.

The second takeaway of the night was Kolkata Knight Riders virtually throwing the match away due to poor tactical decisions. This is the first time Dinesh Karthik is captaining a team at this level, so there was bound to be a bit of a learning curve. But it’s still very difficult to explain why the weakest bowler in the team was earmarked to bowl the last over, especially in a team that prides itself on its bowling and fields six bowling options.

Even more baffling is the fact that Vinay Kumar seems to be in the team only to bowl a maximum of two overs. That too, seems to be only when more than one of their bowlers is having an off day (KKR’s definition of an “off day” is hard to understand, since no one has bowled worse than Kumar in the two matches so far).

Last night, Vinay Kumar had 17 runs to defend in the last over against two batters who were new to the crease. Despite T20 cricket being a chaser’s format, you’d count on the bowler to prevail in this situation more often than not. All he had to do was keep his nerve, which isn’t much to expect from a 34-year-old veteran. But Kumar bowled a waist-high full toss on leg stump, a wide, and a length ball. These effectively sealed the game for CSK.

The bigger issue this highlights isn’t KKR’s poor tactics or Kumar’s mistakes, but the abysmally low standard of domestic cricket in India. Vinay Kumar captains Karnataka in domestic cricket, and led them to two consecutive Ranji-Irani-Vijay Hazare Trophy trebles in 2013-14 and 2014-15.

Incidentally, Kumar became the only captain to score a century and take a five-wicket haul in a Ranji final in 2014-15. He averages 23 runs a wicket and strikes every 49 balls in first-class cricket – numbers that seem mightily impressive.

In the IPL, a tournament which has near-international standards of cricket, Vinay Kumar has a dreadful economy rate of 8.4.

IPL franchises often give one, or even more of the four precious foreign-player slots to cricketers who don’t even qualify for the international teams in their own countries. That’s the level at which domestic-level players are in countries like Australia and South Africa.

But India, the largest cricketing nation in the world, continues to produce Vinay Kumars. #KhabarLive 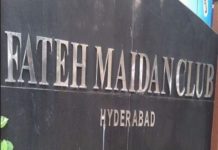 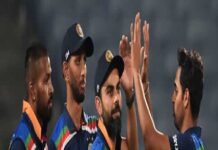 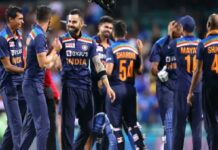 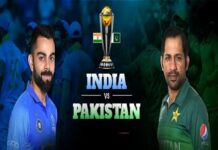 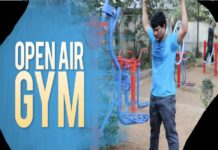