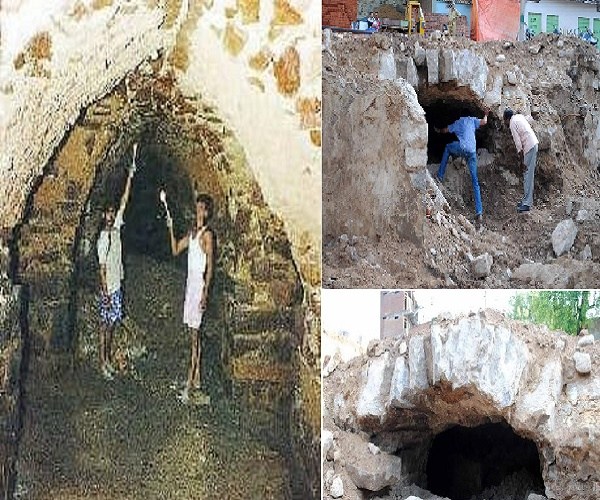 It is the last scene before the curtains come down. A mellowed Akbar asks the old woman to lead her daughter, Anarkali, through the secret tunnel. “It will take you beyond the boundaries of Mughal kingdom.” And the camera zooms on a long narrow tunnel.

That might be the tinseltown’s tunnel. But Hyderabad does boast of a real one. Of course it is cloaked in mystery. Does it exist at all or is it just a figment of imagination? There is intense speculation whenever a part of it is discovered. But why doubt its presence. Where there were kings, queens, palaces there ought to be intrigues, conspiracies and secret tunnels. They go together, aren’t they?

ALSO READ:  Did you know these 5 Indian foods got GI tags?

The Qutb Shahi passageway, about eight km in distance, connects Charminar to Golconda fort – winding its way through Puranapul and Karwan. Though none knows what use it was actually put to, grapevine has it that Qutb Shahi kings built the tunnel for a quick getaway in case of enemy attack. Or perhaps to smuggle out a secret message.

Over the years the tunnel has been unearthed at a couple of places near Mehboob chowk beyond Laad bazar. A senior, Archaeology Officer, recalls how during the ’70s some excavation was done and an arch like structure discovered when the road suddenly caved in.

Subsequently, in the ’90s too, the authorities stumbled upon a huge underground cellar with 96 pillars and arches. The presence of a treasure trove has often led many a person to undertake digging. Once a businessman is believed to have financed the excavation at a huge cost. But he came up a cropper.

The geophysical investigation now being undertaken by the NGRI at Laad bazar has revived interest and hope once again into the secret conduit. Though the authorities are only trying to determine the ground position for laying underground cables, the Old City is awash with rumours. Will the legendary tunnel surface again? #KhabarLive