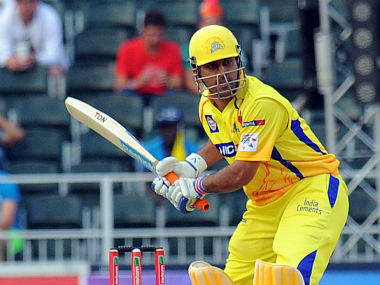 The hullabaloo surrounding Chennai Super Kings’ IPL return was the highlight of the build-up towards the season. Watching MS Dhoni in yellow was bliss for IPL fans for it was a successful partnership. Several titles, all right seasons into the play-offs; Dhoni knew how to win tournaments.

He was helped in part by a steady, crackerjacker of a side. The likes of Suresh Raina, Dwyane Bravo and Ravindra Jadeja were regulars and formed the backbone of this successful team until they were banned for two years.

The return was mind-blowing. It was imminent and even when you knew it would hit hard, it knocked you down. Dhoni’s special love for the city and franchise is well known to everyone. He welcomed the return of the Kings with a compelling Instagram post where he is wearing the ‘Thala’ jersey.

“Dhoni brings with him a ‘mass’ (festive) atmosphere and that would have been missed sorely,” the co-founder of the Whistle Podu Army, Prabhu Damodaran, had told the author in an exclusive chat before the IPL.

While the cult following of Dhoni for his swagger, knack of winning titles and big finishes is understandable, Dhoni the IPL player was anything but special, so much so that without his tactical nous it remained a moot point if he would even be in the team.

2013 was the last time when Dhoni cracked over one half-century in a season (he hit four of them then). He had never done it more than 2 times except for 2013, an anomaly in every way to the regular Dhoni.

The strike rates in the last three seasons – 121.96, 135.23 and 116.00 – was nothing great to write home about. He was even sidelined from captaincy at Rising Pune Supergiant and came in too low down the order to make an impact.

Yet, somehow, this season seemed to throw a different vibe right from the beginning. He seemed to be ready to bat as high as no.4, once again an anomaly to the regular Dhoni. The first two matches saw him make 5 and 25. The big hits were get again missing and Dhoni seemed to be getting out after settling in.

Then came the season-changing 79* against Kings XI Punjab at Mohali. Chasing down a target was something Dhoni always reveled at. He couldn’t quite do it that night at Mohali inspite of remaining unbeaten, a third anomaly to the regular Dhoni.

But again, there was something different about Dhoni’s innings that night. He was belligerent, on the offensive and swept Punjab off their feet with some ridiculous hitting. He couldn’t get Chennai over the line but with that poker face who would know if he was content or displeased.

The IPL is a season. One loss early in the tournament would affect nobody and Dhoni, at the helm in several title winning campaigns, knows this all too well. At the time, few realised that the ‘Thala’ was still warming up.

Against RCB at Bengaluru, he went a step further and cracked a 34 ball 70 studded with seven sixes to help chase down a 200 plus score. He was still poker faced after gunning down 100 plus runs in the final seven overs!

Dhoni’s mantra in the season was clear by then. Walk in when the time is ripe and make an impact. In T20s, a quick 30 at the right point of time in the game is worth a hundred or more. Dhoni thrived on this. It helped that he had an audacious Dwyane Bravo, a steady Ambati Rayudu and a fiery Shane Watson to aid him. Despite Suresh Raina not quite hitting his purple patch, Chennai rested at the top of the points table.

Against Delhi Daredevils, Dhoni continued to lambast the bowling and smashed his third half-century of the season. He seemed to have done all the settling down in the first half of the season. Against Delhi at Pune, he was on the charge right from the word go. Delhi did run them close, but Dhoni was playing on a different planet by now. He marshalled his troops emphatically, rallied them together like a leader and importantly led from the front.

At just past the halfway point in the tournament, Dhoni’s numbers are more impressive than ever. He has 329 runs at an average of 82.25 and a scintillating strike rate nearly touching 170. The last time and the only time before he has had a strike rate of 160+ came in 2013. Dhoni seems to be out to seek revenge for Chennai Super Kings and their fans for the two years lost. The way he has been playing, can anyone stop him? Highly unlikely. #KhabarLive