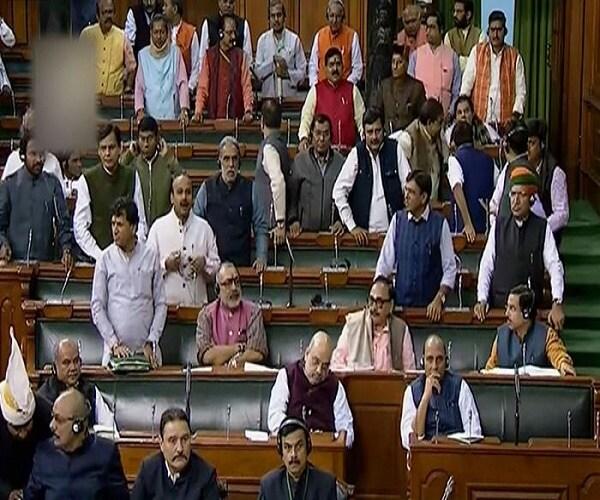 The rape and burning of the victim in Hyderabad are indeed a matter of shame for the whole country. However, the outrage expressed in the parliament about a week ago seemed surprising. Three of the members of the Lok Sabha, where shouts to lynch rapists rang loud, have rape charges pending against them.

The honourable MPs who called for “summary execution”, seemed to be blissfully ignorant of what their own political parties have been doing for a rather long time.

Editorials in print newspapers named six political parties whose leaders, all of whom are or have been in parliament, called for “lynching” of rapists or something to that effect. The parties named are Samajwadi Party, DMK, Trinamool Congress, BJP, BSP, and Congress.

Out of these, two (BJP, Congress) gave tickets for the 2019 Lok Sabha election, to candidates who had declared in their self-sworn affidavits that they had charges of rape pending against them. These two were not alone, NCP, YSRCP, and the Shiv Sena also fielded a candidate each with rape charges.

Coming to other parties whose leaders called for lynching or similar actions, BSP has the unique distinction of fielding one candidate with rape charges in each of the three consecutive elections to the Lok Sabha: 2004, 2009, and 2014. The Samajwadi Party gave its ticket to what an honourable MP would call a ‘rapist’ because a rape charge is pending against him, in the 2014 Lok Sabha election.

Of course, the current Lok Sabha has the dubious distinction of having as three of its so-called honourable members men with rape charges pending against them. The parties they represent are BJP, Congress and YSRCP.

The outrage expressed by members of parliament and other political leaders sounds hypocritical simply because we have been down this path often in the past without anything serious or worthwhile being done about it.

It was exactly seven years ago, in 2012, when late in the evening on a terrible December day, a not-too-dissimilar gruesome act was perpetrated in Delhi. Being in the national capital, it created possibly an even bigger outrage not only among the politicians but more so in the public.

Under intense public pressure, the government of the day constituted a committee chaired by a retired Chief Justice of India, Justice J.S. Verma, “to look into possible amendments of the Criminal Law so as to provide for quicker trial and enhanced punishment for criminals, accused to committing sexual assault of extreme nature against women.”

The Committee worked with great dedication and produced a report with a large number of very important recommendations within 30 days. There have been some changes in laws but nothing seems to have changed on the ground as the Hyderabad incident shows.

What is important while considering whether political parties and their leaders are being hypocritical or not, is that fact that the Verma Committee devoted a full chapter of 44 pages to ‘Electoral Reforms’.

The Committee was “of the opinion that electoral reform within India is integral to the achievement of gender justice and the prevention of sexual offences against women.”

The Committee was “concerned about the integrity of the legislative process, in particular with regard to the reform of the criminal justice system, if lawmakers themselves have serious charges – of which cognizance has been taken by a court of competent jurisdiction – pending against them” (italics added).

While tracing the efforts to reduce the impact of criminalisation on politics, the Committee noted “an attempt on the part of Parliament to undo the effect of the judgment of the Supreme Court passed in Union of India v. Association for Democratic Reforms” which required candidates to disclose pending criminal cases against them.

The Committee also noted the Supreme Court’s observations that “…even parliament in the debates on 50 years of independence and the resolution passed in its special Session in August, 1997 had shown a great concern about the increasing criminalisation of politics; it is widely believed that there is criminal nexus between the political parties and anti-social elements which is leading to criminalisation of politics, the criminals themselves are now joining election fray and often even getting elected in the process. Some of them have even adorned ministerial berths and, thus law breakers have become law makers”.

Towards the end of the chapter, the Committee said “this requires the cooperation of political parties for its translation into an effective law and then into consistent, reliable practice. We can only request political parties to take all steps necessary in this light.”

And at the very end, the Committee observed “a parliament which consists of persons with criminal records is unlikely to pass any effective Criminal Law Amendment reform. There is a distinct conflict of interest… We can do no more than appeal.”

Such appeals have not worked and political parties and their leaders keep expressing outrage while not doing anything to remedy the malady.

If this is not hypocrisy, one wonders what is. #KhabarLive