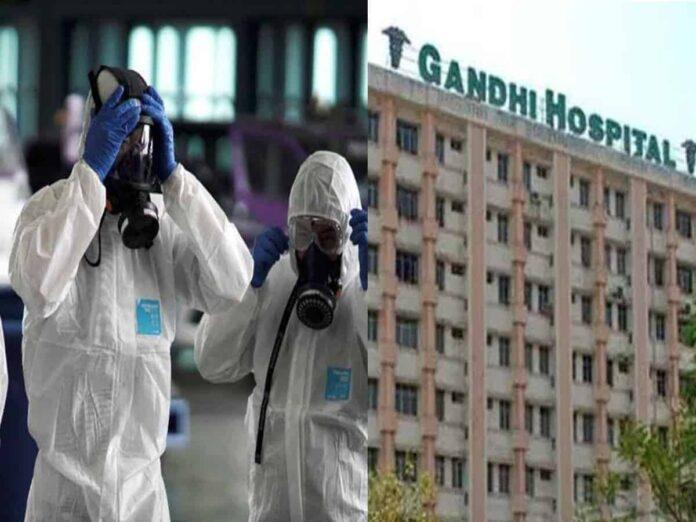 Despite several precautionary measures for the dreaded Coronavirus attack by Telangana government gone futile as a Telangana man who was found to be positive for the coronavirus had recently traveled from Dubai to Bengaluru and then to Hyderabad.

Speaking to #KhabarLive, Telangana Health Minister Etela Rajendra gave details of the infected individual’s recent travel history and stated that ‘contact tracing’ had been taken up to identify others the man may have come in contact with.

“He arrived in Bengaluru from Dubai on February 19, three days later he reached Hyderabad via bus on February 22. The man developed a fever shortly after this, following which he was taken to Apollo Hospital in Hyderabad for treatment. He was brought to Gandhi hospital in Hyderabad yesterday at around 5 pm in the evening where he was tested for the virus, which returned positive,” stated the health minister.

The man who works in the IT sector is suspected to have gotten the infection while working with people from Hong Kong while in Dubai.

The man is currently admitted in an isolation ward, on the seventh floor of Gandhi Hospital which has been emptied and set-up for this purpose. He lives in a joint family in Mahendra Hills. The health minister has asked media personnel to refrain from going to visit them at their residence so as not to trigger any accidental spread of the disease.

Around twenty doctors and staff at Apollo have been contacted and informed of the man’s coronavirus positive status. Furthermore, officials have also begun contact tracing to identify other individuals who he may have come in contact with in both Bengaluru and Hyderabad, to curb the possible spread of the disease. One of the patients from Kerala too had travelled from China to Kolkata and then Kerala. In that case too, everyone the patient had been in touch with were put under observation, and no further cases were reported.

A source from Apollo hospital told #KhabarLive that their staff had taken all precautions as mandated while dealing with the patient and had referred him to Gandhi hospital as they suspected he could have contracted coronavirus.

“There were around 27 others on the bus from Bengaluru who will be traced and notified. All those who were in touch with the man and worked with him have also been notified. We are working with officials from Karnataka and the Centre to keep tabs on the issue,” added the health minister. A total of around 80 people have been identified as having had contact with the man since his return, in Bengaluru and Hyderabad, and have been asked to remain under home quarantine for at least 15 days.

Dubai has now been added to the list of countries from which travelers must be screened.

“We are working as per Centre’s guidelines. I appeal for calm. In the high temperature here, the virus will not spread as fast. Those who were infected have been cured in India. Even this person will be cured. His condition is stable now. All precautions has been taken. We are alert and the state machinery is equipped to handle this. There is no doubt about it,” added Etela Rajender.

While he also stressed that the humidity and general environment of the country will help in keeping the virus at bay, there has been no official statement issued on this by any global health experts.

The other person who tested positive for the virus is from New Delhi and has a history of traveling from Italy recently. Prior to these two individuals, there were three confirmed cases in India from the state of Kerala. The three individuals had returned to India from China recently and made a full recovery after treatment.

The coronavirus outbreak first started in early December of 2019 when a group of individuals in China’s Wuhan city fell ill with pneumonia-like symptoms. There is no cure or vaccine against the virus and treatment is largely based on controlling symptoms. Over 80,000 cases of coronavirus disease (COVID-19) have been reported around the world, with the death toll reaching 3000. #KhabarLive