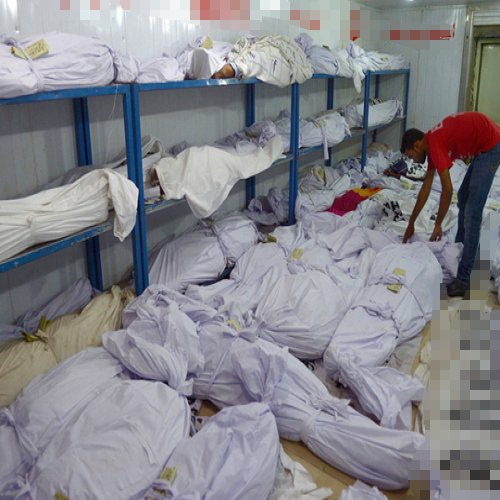 This is the story of COVID patients and dead bodies ‘gone missing’ from Hyderabad’s top state-run Gandhi Hospital in recent months. As many as 5 COVID patients and 10 dead bodies have ‘gone missing’ from Hyderabad top state-run COVID designated hospitals in the recent months, suggesting large scale illegal trafficking of human bodies, an RTI query has revealed.

As per a report published in media, the city’s two top hospitals – Osmania General Hospital and Gandhi Hospital – are under scanner in this regard. The shocking finding points to the active involvement of ‘mafia’ carrying out illegal trafficking of human bodies.

The RTI query, filed by NGO Satya Harishchandra Foundation, has revealed that as many as 117 of such patients after being admitted as Medico-Legal Cases from Osmania General Hospital and Gandhi Hospital have ‘gone missing’ or vanished.

There is a profitable market for selling dead bodies in various parts of the country and in the Hyderabad city too some private medical colleges seem willing to shell out Rs 3 lakh to Rs 15 lakh for each body, depending on the gender.

Members of Loksatta Party and NGO Satya Harishchandra Foundation have repeatedly pressed for a CBI inquiry into the mysterious disappearance of bodies from those two hospitals.

Speaking to#KhabarLive, Sreenivas Moorthy of Loksatta Party claimed that Osmania Hospital has 120-odd security persons working in shifts, and a government decision on a proposal to install around 70 CCTV cameras has been long due and it reveals a sinister plan since it is impossible for a patient to go absconding.

With no claimants, these patients vanish into thin air, leaving no clue about their whereabouts with the hospital staff or security guards.

All this starts when an old, infirm, destitute, or a badly-injured victim of a road accident is shifted to the hospital in an unconscious condition by a home guard or constable. A medico-legal case (MLC) is duly registered at the local police station. Ironically, these patients – most of them on their last leg and registered as ‘unknown’ in medical records – mysteriously go ‘absconding’.

In their reply to the RTI query, the authorities at Osmania General Hospital (OGH) and Gandhi Hospital said so, putting the number of such ‘missing’ patients at 117 since January.

Health activists K Rajeshwar Rao and Sreenivaas Moorthy allege that these ‘unknown’ patients, in reality, die and as cadavers are trafficked out from hospital mortuaries by a mafia.

“There is a need to order a high-level probe to unearth the mafia dealing in the trafficking of human bodies from state hospitals. People on the verge of death cannot just vanish into thin air as is being claimed by the hospital authorities,” Rajeshwar Rao was quoted as saying.

On the other hand, despite repeated claims by Telangana government of everything being hunky-dory, #KhabarLive found that the reality at designed Covid-19 Gandhi Hospital in Hyderabad does not match the hype.

The relentless pressure of caring for Covid-19 patients under conditions that are far below par is leaving Gandhi Hospital doctors despondent, depressed, and with a feeling of helplessness at being ‘used’ to fight a battle for which the healthcare system is not prepared.

The recent strike by post-graduate doctors following an attack by members of a family of a deceased patient was as much as a result of a need for physical protection as it was a desperate cry for help.

The stress on the final year PG medicos has been such that it is not uncommon to find some of them staring blankly at the wall for long periods of time during their breaks. Or to see the young medical professionals sometimes trudge along with their shoulders drooping.

Even more galling for many of the doctors, it is learned, are the homilies they receive from the authorities that they need to man up, grow a spine and take the tough conditions in their stride.

The authorities at the Gandhi Medical College and the health department asked the PGs to do as they did in the past when they were students. This, it is learned, has contributed to a large part in the PG doctors feeling helpless as they fear that they may not make the grade if the ‘instructions’ are not followed.

Inquiries by #KhabarLive revealed that many of the PG doctors are unhappy with the quality of the PPE kits. This puts them at a psychological disadvantage from the moment their shifts begin. Some of the things they point out are that PPE kits “are like they are made from old HDPE rice bags” that don’t fit properly and slipping zippers that leave them exposed.

The biggest challenge the PGs face, it was learned, relates to the serious staff shortage, especially of hospital workers at the level where most interactions with the patients take place.

This problem arises from the well-established practice in government-run hospitals of allowing one or two members of a patient’s family to take care of their needs. Because of the highly infectious nature of the Coronavirus, no attendants are being allowed now. And there has been no addition to the ward boy strength from the existing three or four per shift.

This, along with the shortage of staff nurses, has made immediate patient care a casualty, leading to an increasing feeling of guilt among the PG doctors every time a patient succumbs. Most of the fatalities are occurring because of these circumstances coupled with what was revealed as a “rapid degeneration of patient health” within 24 hours after admission.

With no time to acclimatize to the hospital environment, patients are reluctant to accept urinary catheters or bedpans. Several patients choose to visit the toilets and the strain they put on their hearts when trying to relieve themselves is contributing to the fatalities, it is learnt. #KhabarLive #hydnews