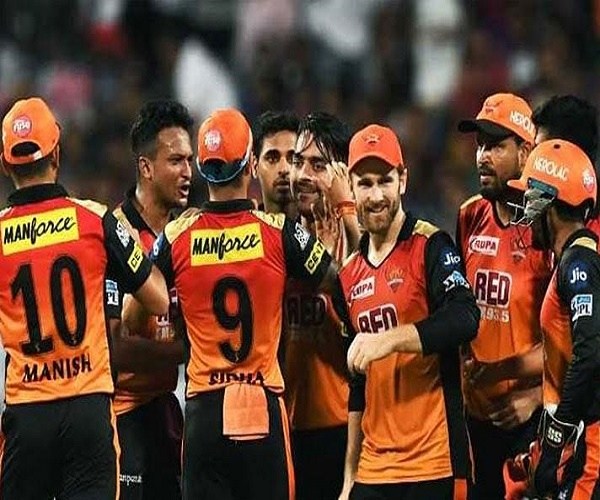 While for Sunrisers Hyderabad, the masters of defending small totals, the reputation of packing the best death bowling attack in IPL has suffered some insult early in the 2019 season, there is a paradigm shift that they are witnessing – their batting.

While they have the same batting core, giving the kind of performances that they were used to in the orange jerseys, the team’s scores have varied. With Hyderabad being used to consistent performances by their top order, it was often the failure of the middle set to cash in on those bases which became the prime reason for their bowlers to find themselves in situations where they were left defending small targets.

Just the previous season, when they worked their way to the final before losing to CSK for the fourth time in the tournament, they scored at 8.89 in the death overs – slower than any other team – while the tournament average hovered around at 10.15, with the likes of CSK and Delhi striking at more than 11.6 an over.

The core of their middle order may have some fine names on paper, carrying reputation of being big-hitters, but their efforts while playing for Sunrisers weren’t as mighty as Tom Moody made them out to be. The strike rates for Yusuf Pathan (127.94), Manish Pandey (116.33), Deepak Hooda (121.65) and Shakib Al Hasan (121.32) left a lot wanting.

There has been little opportunity for the quartet to make an impact so far this season, but it has already worn a stronger look with Vijay Shankar’s showings. The all-rounder has ensured that the early momentum hasn’t gone wasted courtesy two innings of impact – 24-ball 40 vs KKR and a 15-ball 35 vs RR. His ability to hit right from get-go has also allowed the team some space when the other batters have looked a wee bit scratchy.

But in how much Shankar has stood out in this regard, and how Warner has dominated at the top of the order, it is also Jonny Bairstow who has allowed Sunrisers to add to that momentum. He has filled in a space vacated by Shikhar Dhawan, who himself was quite a prolific and consistent performer for the team. However, while the Indian southpaw scored reasonably heavily – more than 34 runs on an average per innings, in playing the second fiddle and the long knocks, his strike rate remained slightly below par for an opener – 124.28. With Warner going strong, he was happily turning the strike over.

ALSO READ:  A Curtain Raiser - IPL2020 Euphoria And The Responsibility

That’s not the case with Bairstow though, who even as the second fiddle, has set his own pace despite a scratchy start to the campaign. His pairing with Warner is still to find the sync that the Australian shared with Dhawan, largely due to Warner ‘hogging’ much of the strike resulting in some iffy running. But the more they play together, they are only going to become more destructive as a pair.

Amidst all the good news for their batting, the middle order woes that persisted last season are yet to be sorted. It largely stems from Manish Pandey’s role in the side. Sunrisers had emptied INR 11 Crore from their purse at last year’s auction to buy the services of one of India’s finest domestic batsmen. However, he hasn’t repaid enough through his batting yet.

With Sunrisers’ top order batting for long periods, Pandey hasn’t had enough opportunities to come in early. And his inability to score at a good pace has hurt their acceleration in the death overs. Even this season, with the second wicket falling in the 11th and 16th over respectively, Pandey has found himself superseded by the power-hitters – Vijay Shankar and Yusuf Pathan – in the batting order. By the time he has walked out to bat, in the 18th and 15th overs respectively, his inability to get going hasn’t served the team too well.

The worries, with Pandey or with the death bowling, may be based on a small sample size and early trends of the season, much like the success of their improved batting. The signs may not be too deep, but it would be worth an early medication. #KhabarLive