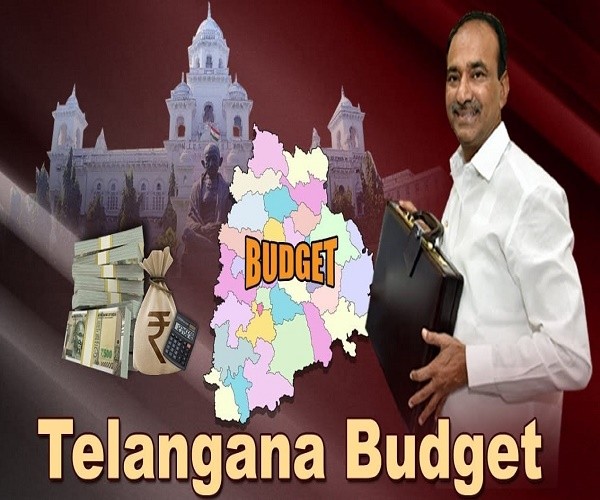 However, based on its analysis of state budget documents, the PRS Legislative Research claimed that the government had underspent 34 per cent. When converted into absolute numbers, it would mean that the government did not spend Rs 1,63,392 crore over last four years. Minus the unspent money, the total of four budgets would be Rs 3,17,174 crore.

An average of the last four budgets would be Rs 1,20.141 crore. But after adjusting to the money claimed to be unspent, the average budget size of the state would come down to Rs 79,293 crore — robbing the purported sheen of presenting Rs 1-lakh budget from finance minister Etela Rajendra.

Telangana state has also got the distinction of reporting the highest unspent money from the budget in the country. The PRS Legislative Research has studied the budget documents of 29 states and seven Union Territories. After Telangana, Assam comes the second in spending less than what was announced in the state budgets.

ALSO READ:  First In The Country, A 'Dalit Girl' In The Race Of 'Presidential Candidate' Of UoH Student Union Elections On October 5

Another Telugu state Andhra Pradesh has a better record in this regard with having merely three per cent of budget money unspent. Himachal Pradesh is the only state that had overspent its budget estimates by nine per cent.

According to experts, the money allocated in the budget would remain unspent on three occasions — firstly. when the government has overstated expenditure in an attempt to play to its gallery; secondly, when the revenue fell short due to unforeseen reasons; and thirdly when the government deliberately overestimates the revenue.

Except for the unforeseen drop in revenues, budget money remaining unspend due to the other two reasons would not reflect well on the government. According to the PRS Legislative Research, the Telangana State government failed to collect 24 per cent of revenue estimated in the last four budgets over this period.

Intriguingly, the shortfall in the revenue is smaller than the fall in expenditure. This could perhaps happen when the state had borrowed lesser money than what was stated in the budget.

In the four years, the TRS-led government had spent 25 per cent of its planned expenditure on human development, 63 per cent on economic development and infrastructure — the highest in the country. #KhabarLive