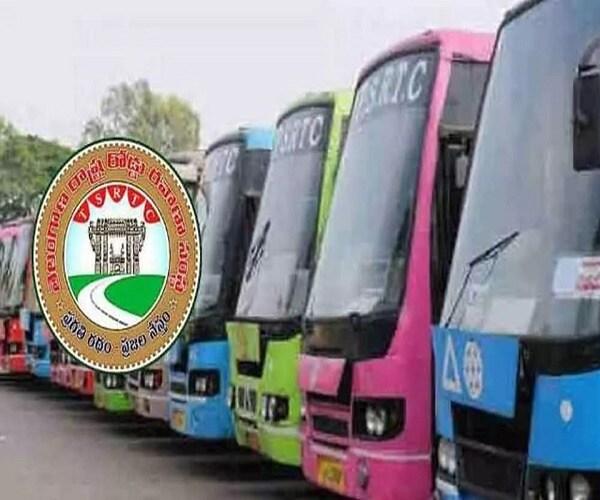 It was for almost two months since road transport corporation employees in Telangana state were on strike. This is unusual since normally most of the time RTC strikes are match fixed. Employees generally demand a certain wage hike government will constitute a Cabinet Sub- Committee to discuss with them as per a pre-agreed formula certain hike is given and there will be handshakes all around and withdrawal of the notice to strike or strike itself.

Political parties also look at RTC employees as an important vote bank what with 100000 employees in the undivided Andhra Pradesh and roughly about 50000 in Telangana now. This time whatever may be the reasons the standoff between the government and the employees union is coming to a breaking point. More than any other public sector undertaking RTC is a victim of conflicting objectives of the government and unions which cannot see and think beyond their immediate clientele interests.

Governments do not want RTC to take commercial decisions like fare increase keeping up with the increase in the fuel costs but refuses to support the organisation financially for whatever losses they incur due to the above decision. Government will insist on running the buses on routes where there is no traffic to justify it commercially but refuses to foot the bill for the same.

Commercial properties are leased out to party workers for a pittance not allowing the institution to run them on commercial lines thus generating additional sources of income. Bus passes are given to different categories losses incurred are not reimbursed by government.

After the formation of the state of Andhra Pradesh in 1956, RTC expanded rapidly replacing the private operators whose services were never upto the mark. Under the leadership of the best officers of this cadre RTC over a period gained from strength to strength but slowly with over unionisation service standards have started coming down. First jolt to the unions came during the time of Marri Chenna Reddy who in those days started giving licences to the private operators as a competition to RTC .

Suddenly unions became more responsive and the crew more friendly to the passengers stopping the vehicle allowing the passengers to board which was not so common earlier. But for that short intervention otherwise the monopoly of RTC in the state started growing and was complete in the road passenger transport sector.

There were attempts to break it into manageable territorial units like in Tamil Nadu during NT Rama Rao regime but powerful employees unions ensured that it did not go through. Governments also over a period of time were injecting required funds to keep the organisation floating like emergency oxygen not really trying to support it for the losses it is incurring due to the social obligations of the government which the Corporation was made to fulfill.

In fact no serious effort was made through a proper costing system to differentiate between the losses that can be attributed to the policies of the government and the ones due to managerial inefficiencies and employees irresponsibility. Proper costing system to improve internal efficiencies on a continuing basis while the government made good the losses incurred due to the social obligations and populist policies by the organisation could have over a period of time ensured the financial health of the organisation.

In the absence of the above cumulative losses are accumulating wiping out the net worth of the organisation over a period of time. An organisation which suvived on total monopoly for almost all 50 years suddenly found competition coming in a different form of autos and small vehicles which started transporting passengers from point to point and at greater frequency.

These modes of transportation made most of the routes unviable for the RTC further contributing to the losses of the organisation. It may not be fair on the part of the government having made the organisation responsible for its social and populist objectives and not reimbursing amounts to them over a period of time for discharging these obligations to now say it doesn’t have the money to support RTC.

When substantial amount of money can be found for fancy projects I am sure government if sincere can find money for a more relevant organisation touching on the lives of 50,000 employees and providing facility of transport connectivity to far-flung rural areas. Privatisation of these routes partially or totally may not provide the answer to the problem. If Idea is to introduce competition it is already there in terms of the smaller vehicles.

The multiplier effect of an organisation like the RTC with about 50000 employees with some decent levels of income is far greater than what a private sector can generate in this field by paying employees less and maximising the returns on capital. The idea of making RTC part of the government and converting them as government employees need to be rejected outright at the initial stage itself since such activities can only be run properly by a quasi-governmental organisation.

The issue is not just the welfare of the employees but one of properly reconciling the competing interests of the public the employees and that of the government while running the organisation at higher levels of efficiency with the least possible cost. Legally government has all the powers to privatise the routes . But politically as well as from the point of view of convenience of the public it is likely to end up as a disaster. #KhabarLive