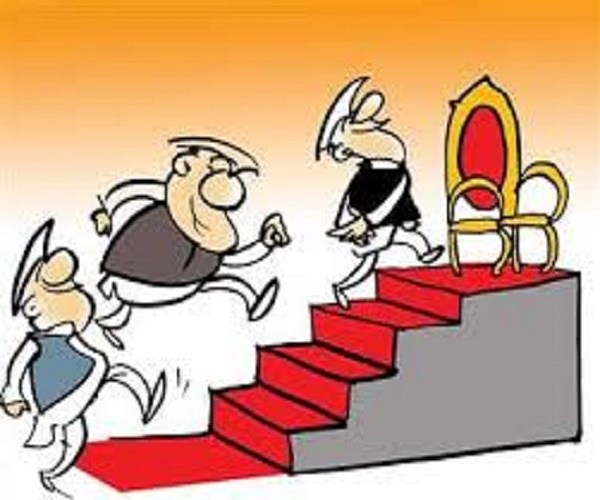 The BJP’s prospects in the two Telugu states—Telangana and Andhra Pradesh (which will also elect its assembly alongside the general elections)—look dim and dull. Carrying an image of a party of the privileged castes, the BJP runs into a queer pitch in these parts where the main regional parties are well entrenched in their respective dominant-caste bases—the ruling Telangana Rashtra Samithi (TRS) among the Velamas and the ruling Telugu Desam Party (TDP) among the Kammas of Andhra, and the Congress and YSR Congress Party (YSRCP) among the Reddys.

By all accounts, Telangana remains a stronghold of the TRS led by CM K. Chandrashekar Rao (KCR), while Andhra is bracing for a bitter contest between the TDP helmed by CM N. Chandrababu Naidu and his bete noire Y.S. Jaganmohan Reddy’s YSRCP.

In the recent first round of local body elections covering 4,470 panchayats, 769 sarpanchs were declared elected unopposed, while the TRS bagged 2,629 sarpanch posts, the Congress 920, the CPI 19 and the CPI(M) 32, leaving 756 to others. The trend confirms that the TRS voteshare of 46.86 per cent in the December 2018 assembly elections is more or less intact, and the BJP’s remains a single-digit one.

ALSO READ:  Now, Modi Is A 'Struggling PM' Saddled With A 'Troubled Economy'

The saffron party had contested all 119 ­assembly seats, deployed major ­resources and lined up its top brass, ­including PM Narendra Modi and party chief Amit Shah, for the Tel­angana campaign, but had to settle for just one seat—down from five in the 2014 assembly polls.

The BJP can, however, hope to retain Secunderabad, represented by Bandaru Dattatreya, who won the seat in 2014. Party sources say he might not contest this time due to his age, and that former state president G. Kishen Reddy is app­arently trying hard for the ticket.

Adjacent Malkajgiri, where its candidate, former DGP Dinesh Reddy, lost in 2014, is another urban seat the BJP is eyeing. Malla Reddy, who became Tel­angana’s lone TDP MP by winning this seat, went on to join the TRS, while runners-up Mynampally Hanumanth Rao of the TRS became an MLA in 2018 and won’t be joining the fray this time.

The BJP has also set its sights on Mahbubnagar, Adilabad and Karim­nagar constituencies. Nagam Janar­dhan Reddy, who contested the 2014 Lok Sabha polls from Mahbubnagar as the BJP candidate, later defected to the Congress, but BJP national general-secretary Muralidhar Rao is likely to contest from Karimnagar.

From Andhra Pradesh, the BJP has two MPs in the outgoing Lok Sabha, representing Visakhapatnam and Narsapur. The Tirupati seat was a narrow miss for the BJP in 2014, but the temple town is a citadel of the TDP, with which the ­saffron party had an alliance in 2014. With that alliance breaking down, it’s a different picture this time.

Meanwhile, the gains the BJP ­expected from the entry of Swami Paripoornananda into the party just ­before the Telangana assembly elections last December have proved to be elusive as the Swami does not seem to have impressed voters in the state that was carved out of united Andhra Pradesh in 2014. “I did my best, but many may be disappointed that it wasn’t much,” he says.

Born in Andhra’s Nellore district and having established Sreepetham in Kakinada, headquarters of East Godavari district, as the hub of his spiritual and welfare activities, the Swami is expected to make a relatively better impact though his followers in this state—but it would still be too much to expect him to wean away ­voters from the cadre-based TDP or YSRCP.

ALSO READ:  'Swachh Bharat Toilets' Are Used For 'Many Things' – Except Defecation

Yet the BJP has appointed him chief campaigner for all the southern states as he is fluent in the major languages. The Swami says he is confident because he has more time on hand than he had during the assembly polls.

As neither the TRS nor the YSRCP is likely to ally with the BJP and risk losing minority votes., the saffron party is under pressure to woo Pawan Kalyan of Jana Sena, who has been trying to mobilise the Kapu community, a dominant caste in north-coastal Andhra, and keeping his options open for ­potential pre- or post-poll alliances. Kalyan has managed to rope in Kapu leader Kanna Laksh­minarayana, who was earlier in the Congress, as Jana Sena chief, but his influence is largely confined to his native Guntur district, a TDP stronghold. #KhabarLive