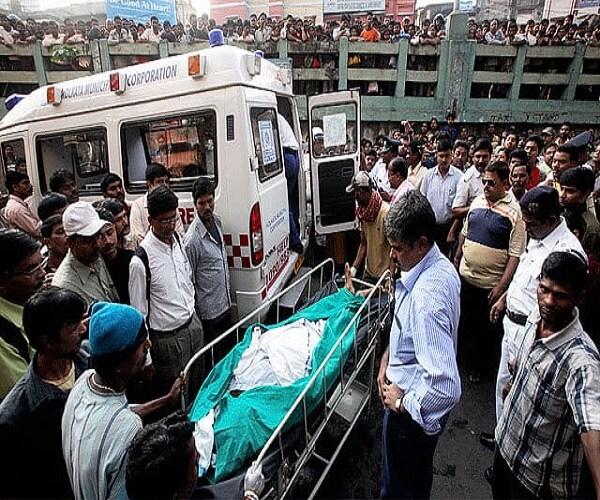 The rural women still die in labour room with pain due to impoverished hardships during pregnancy and childbirth. The facilities and expertise also plays a major role in these mortalities.

Renuka was admitted to a district hospital in Telangana three days before her child was born. The hospital staff was ill-mannered, she says, and gave her only sleeping pills when she was in pain. Renuka wanted a normal delivery, but was advised a c-section instead. She claims that during childbirth, two nurses pushed her stomach vigorously from both sides and when she shouted at them, they refused to give any further care. Her father had to bribe them to resume work, but the child was born stiff.

The family had spent Rs5,000 at this hospital and later Rs35,000 at a private hospital, where she was admitted for three days. But her child was not fully cured, and Renuka blames the nurses at the district hospital for the deformity. The family had to borrow Rs40,000 from a moneylender at an interest rate of 5 per cent per month.

Renuka is among several women from poor, rural families who, a recent observations shows, had to face health issues and were forced into a debt trap during or soon after pregnancy. The mother-child observation study was conducted by prominent economists and social scientists undertaken recently and released a shocking report, it showed some shocking results too.

The survey, which included 342 pregnant women and 364 nursing mothers (baby born within six months before the survey), noted that only about 23 per cent of the eligible nursing mothers received some benefits under KCR maternity kit and the Pradhan Mantri Matru Vandana Yojana, a maternity welfare schemes. The PMMVY covers all women for one childbirth and Rs5,000 is paid through direct benefit transfer in three instalments. Beneficiaries get Rs1,000 on conceiving, Rs2,000 after six months of pregnancy and another Rs2,000 after childbirth and first immunisation of the newborn.

However, most of the above-mentioned 23 per cent got only one instalment, while 30 per cent had to borrow or sell assets to meet delivery expenses. Among pregnant women, only 15 per cent got the first instalment.

Under the National Food Security Act, 2013, all pregnant women are entitled to maternity benefits of Rs6,000, unless they already receive benefits as formal-sector employees. This was reduced to Rs5,000 during implementation of PMMVY in year 2017. Even these meagre benefits are elusive.

The survey also found that, against the expected weight gain of 13 to 18 kg for women with low body mass index, the surveyed women gained an average of just 7kg; the average was 4kg in remote areas of Telangana.

Even these figures are likely to be overestimates, as they exclude women who did not know their weight gain. Some women were so light to start with that they weighed less than 40kg at the end of their pregnancy.

Few women got adequate rest or nutritious food, many continued to work throughout pregnancy and several faced health complications.

“Whenever some report like the Global Hunger Index or the like comes out… the discussion remains centred on schemes like the public distribution system (PDS) and others,” Rashmi Desai, social scientist tells #KhabarLive. “The real need is to talk about the fact that one of the key reasons for poor improvement in child nutrition and health is [poor] maternal health.

One perspective is to look at women’s rights. She does the hard work of child bearing and caring and therefore she is entitled to maternity benefits. The second is about child nutrition. If the mother has some money at her disposal, she can use it to buy extra stuff needed for her child and herself post-delivery, or use it for health-related intervention. She can also have adequate rest and exclusively breastfeed the child to ensure its health.”

With this in mind, Desai and the others decided to conduct the survey to find out the status of PMMVY on ground and the health conditions of pregnant and nursing women. “The results are for you to see,” she says. “Awareness of the scheme is low, coverage is low mainly because it is limited to one child, the application process is tedious with the mothers expected to make three different applications to get Rs5,000 in three instalments. It is like a hurdle race, with the system hellbent on throwing as many women as possible out of the scheme’s ambit.”

Desai also says that even the women in the unorganised sector should receive maternity benefits on par with women in the organised sector (six months of paid leave), which means that they should get minimum wages for six months. But the amount under PMMVY was arbitrarily fixed at Rs6,000 and then reduced to Rs5,000 (another Rs1,000 is given under KCR maternity kit and Janani Suraksha Yojana in case of institutional delivery).

Activist Sachin Reddy, who mainly works in Andhra Pradesh, stresses on the need to expand the scheme to include at least a second childbirth. “In Andhra Pradesh, the women registered as workers with the labour department get maternity benefits for two children,” he says. “There is a need to probably merge the PMMVY with such schemes to expand its ambit, as only then the women in the unorganised sector would properly benefit.”

Dr. Preeti Rao, additional chief secretary of the women and child development department, says that proper capacity building and adequate respect to the field workers, proper convergence of schemes, strict accountability and accessibility of the officials, and accessibility of the public representatives were some of the important points that helped. “We also worked a lot on the information, education and communication front to raise awareness so that the people themselves seek the benefits,” she says.

Anumola Ravinder, principal secretary of the medical health and family welfare department, accepts that there are a lot of challenges, but says things were improving and maternal mortality rate had shown a steep decline in the state following implementation of institutional delivery scheme, the Janani Suraksha scheme and the setting up of sick newborn care units.

“We were so low that bringing the figures up to the national average still remains a big task,” says Ravinder. “But the trends are positive. The big challenges we face are unavailability of doctors and, therefore, focus is on opening more medical colleges. The second issue is about high anaemia rate among women and we have that in focus.”

As for poor implementation of PMMVY, he said there was no problem in rural areas because of high institutional delivery and because ASHA workers, who get incentives, are themselves interested in getting women registered. But in urban areas, women go to private facilities and there is scarcity of ASHA and ANM (auxiliary nurse midwife) workers. “We are trying to fix this,” he says.

According to the survey, 21 per cent of nursing women said that no one was available to help with household work during pregnancy. Almost two thirds (63 per cent) said they had been working right until the day of delivery.

The survey also found that many women got some basic services (like tetanus injections and iron tablets) at local anganwadi centres, but little beyond that. When there were complications during delivery, the women were often sent to private hospitals. A significant minority also reported rude or brutal treatment in labour rooms.

Institutional deliveries are supposed to be available free of cost to all women in public health centres. But the survey found that nursing women had spent close to Rs6,500, on average, on their last delivery. This was more than a month’s wages for a casual labourer in the surveyed areas. #KhabarLive