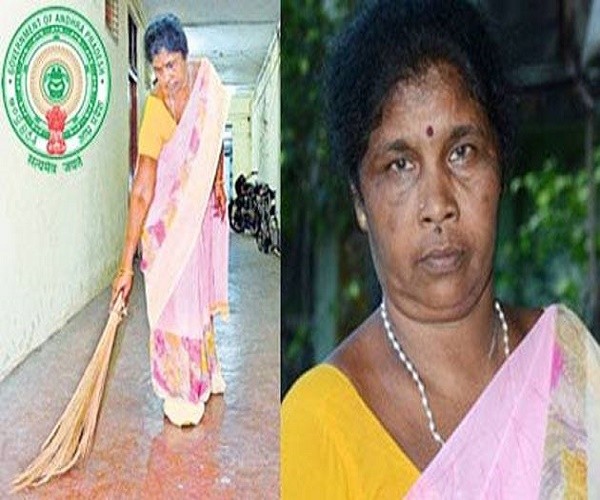 Believe it or not, A Sweeper who has been working in the Electricity Department gets paid close to Rs 1.5 lakh per month. Salary Pay Slip of Venkata Ramanamma amounting to Rs 1,47,722 went viral on Social Media.

Salaries of Government Employees increased drastically after the bifurcation of United AP. Even Employees in lower-rung posts have been drawing over a lakh in salary with their years of experience and increments. Sometimes, It’s even more than what their high officials could pocket as monthly salary.

In the year 1978, Venkata Ramanamma & her Mother joined the Electricity Board as Sweepers. They became permanent employees way back in April 1981. Continuing in the Eastern Power Distribution Company in Rajamahendravaram for decades has been now yielding her good returns.

One needn’t have to find fault comparing the Job and Monthly Pay of Venkata Ramanamma. Keeping the premises of any Government Office clean & tidy is as important as that of doing any other Job. So, Paying over Rs 1 lakh for Venkata Ramanamma who is performing her duty for a period of 12 hours (8 AM to 8 PM) every day is justified.#KhabarLive