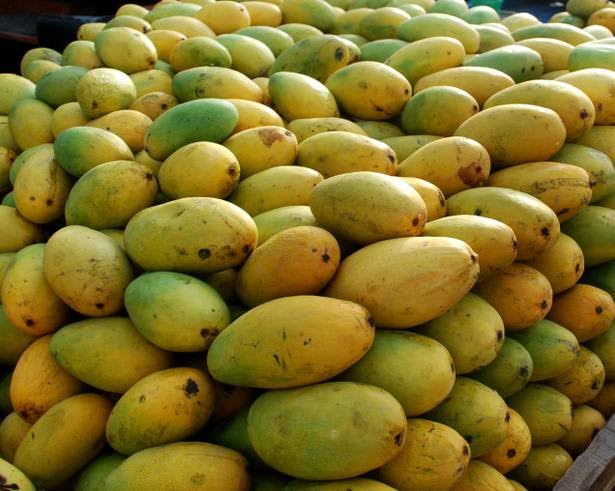 A Malihabad nursery has developed a mango variety that is low in glucose and ideal for diabetics.

Sweet and well, not too sweet. Depends on the branch you pluck your mango from. That’s a choice a nursery in Uttar Pradesh offers its clients. The mango, it can be said, is the most awaited seasonal fruit in India. But it often turns into a source of dilemma for diabetics, who for various reasons —founded and unfounded — tend to stay off the golden delicacy.

Malihabad-based Nafees Nursery has developed a technique of rearing ‘sugar-free’ mangoes and normal mangoes, both types on the same plant. This experiment is targeted to especially cater to the cravings of diabetics, says its promoter Shabiul Hasan. “Ever year the one fruit that people wait to eat is the mango. But diabetics usually stay away from the fruit. This project will provide an alternative to them, so they can also enjoy the best varieties of mango.”

ALSO READ:  Now, The National Political Scenario Turns As 'Oppurtune', Where Is The 'Third Front'?

Malihabad, a town close to Lucknow, is world renowned for its mangoes and has a thriving export business. Nafees Nursery was established in 1932 and Mr. Hasan today carries forward the traditional family business. But over the years, 30-year-old Mr. Hasan developed a knack for experimenting with newer techniques in a bid to introduce changes at the nursery. For instance, the use of eco-friendly and scientific techniques for growing plants. He used a special grafting technique so that the two branches on the plant would produce two different types of mangoes, one normal and the other ‘sugar-free’.

Grafting is often considered a reliable and economical means of propagating the mango. It consists of transferring a piece of a mature, bearing tree (scion) to a separate seedling tree (rootstock), forming a permanent union. The scion forms the canopy of the tree, while the rootstock forms the lower trunk and roots.

“Mangoes contain 96 per cent glucose. But this special variety will have 82 per cent sucrose and 18 per cent glucose,” Mr. Hasan says, claiming that the mangoes are purely organic. No urea or pesticide is used; instead, bone dust is used to accelerate growth while neem ki khali is used for protection against insects and other harmful bacteria. Spraying boiled neem water also eliminates pests. Till now he has grafted around 100 saplings. The fruits are expected to fully develop by June 2014.

There are two distinct seed types among mango cultivars. Mangos originating on the northern plains of India generally have seeds with a single embryo (monoembryonic). Regardless of the seed type, a seedling tree will take longer to produce fruit and usually will be more difficult to manage, compared to a grafted tree. Therefore, it is generally not recommended to grow mango trees from seed, unless one wants to produce hybrids for purposes of cultivar improvement.

Mr. Hasan’s mangoes have a good demand abroad, even in places as far away as Western Asia and Africa. But since there is strict quarantine on the export of soil, he exports live plants. His mangoes have reached and are now successfully grown in West Asian countries and Africa. But he hopes that the government would soon extend support to the growing trade of exporting live plants. #KhabarLive