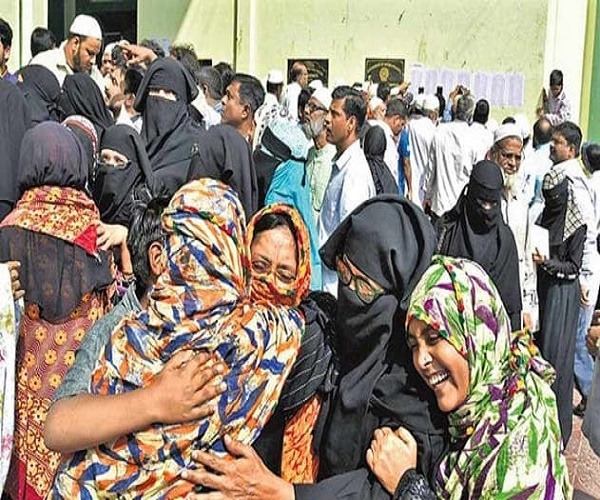 A total of 3,685 persons from across the State were selected for Haj pilgrimage 2019 through ‘Qurrah’ draw of lots held by the Telangana State Haj Committee here. Another 484 persons were selected directly under the 70 years age plus reserved category quota.

The Haj Committee of India has allotted a Haj quota of 4,169 for Telangana.

A total of 13,368 applications from across the State were received by the Telangana State Haj Committee. All the applicants were allotted a ‘cover number’ (registration number) by the committee and the pilgrims were selected through a computerised draw of lots.

The Qurrah turned out to be a low profile affair following the notification for Panchayat Raj polls by the Election Commission.

Telangana State Haj Committee Special Officer, S A Shukhoor, Advisor to Government of Minority Affairs, A K Khan and Telangana State Wakf Board CEO Shahnawaz Qasim attended the event. Hundreds of applicants from across the State had come to the Haj House to participate in the draw of lots.

Speaking on the occasion, Shukhoor said that the draw of lots is done in a transparent manner with the help of computerised software without any human interference. “It is being done to avoid allegations of favouritism by the committee. Everything is transparent and all the application numbers are fed into the system” he said.

The persons who got selected were in jubilant mood on coming to know about it. Those who were not selected were informed by the TS Haj Committee that there is still a chance for them as they are kept in waiting list. Whenever, there is a cancellation or allotment of the additional quota, few more Haj aspirants could get an opportunity. #KhabarLive