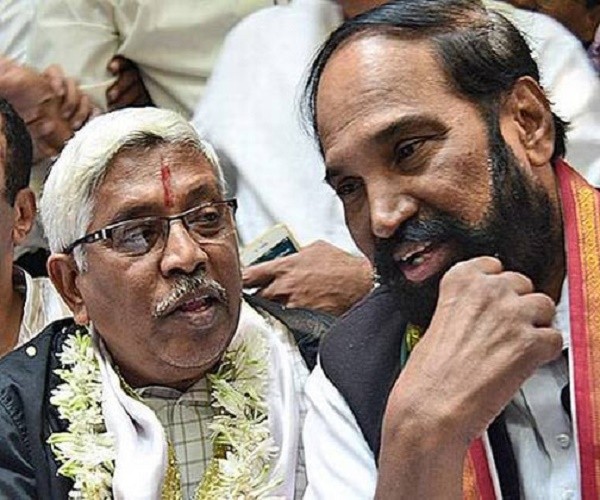 The PrajaKutami is still trying to come out of the teething troubles. Despite statements and external display of bon homie, differences continue to simmer in the Kutami partners over seat sharing. The biggest problem is this is robbing the Kutami of the feel-good factor.

On Saturday, Telangana witnessed Rahul Gandhiâ€™s whirlwind tour of the state.
Rahul addressed rallies in Bhainsa, Kamareddy and at Charminar in the Old City. The Congress marshaled all its resources to make these three programme a success as this will set the tone for the party’s campaign. But, herein lay the catch. Telangana Jana Samithi chief Prof. Kodandaram refused to share the dais with Rahul Gandhi.

Despite several requests by the Congress biggies, including PCC chief Uttam Kumar Reddy, Prof Kodandaram refused to be on the dais. Uttam Kumar Reddy tried to convince the prof that his presence on the dais was necessary to spread the feel good factor, but to no avail. Prof. Kodandaram, who is upset with the way the seat-sharing talks are going on, refused to relent. Prof. Kodandaram wants at least 16 to 17 seats, while the Congress is ready to given no more than nine seats.

On Friday, Kodandaram quietly walked out of the discussions after the Congress made it clear that it cannot offer more than nine seats. Kodandaram is also not agreeable to the proposal to contest on the Congress symbol. He is looking for a unique symbol for the TJS. So, Kodandaram has literally thrown a spanner in the works of the Praja Kutami. The Congress is now looking for ways and means to mollify the sulking professor. #KhabarLive