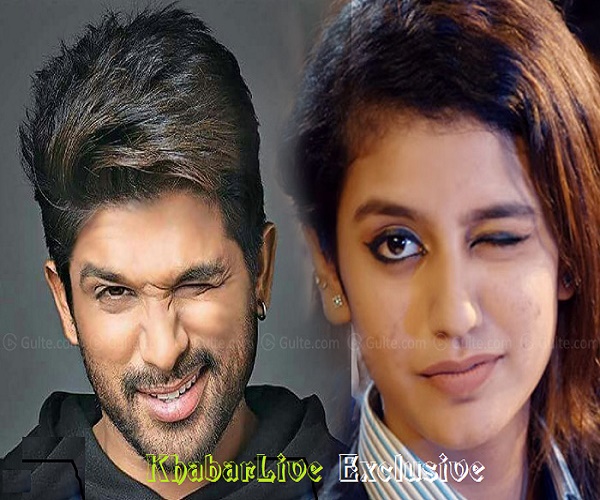 Priya Prakash Varrier, who got overnight fame with a music video from her debut Malayalam film Oru Adaar Love which went onto go viral online, has surprised to receive compliments from Stylish Star Allu Arjun.

Talking to a TV channel, Priya Prakash Warrier and her co-artiste in the film stated that they were on cloud nine to receive compliments from Allu Arjun. Allu Arjun had took to Twitter to compliment the video where he described as the cutest video and said that it is the power of simplicity.

ALSO READ:  Overcome Rancor After The End Of Legal Feuds?

Also popularly called as Mallu Arjun, Stylish Star has humongous fan base in Kerala. It is once again proved that how Bunny has influence over Malayalam movie lovers and it includes internet sensation Priya Prakash Varrier.

For starters, Priya shot to fame with a 28-second video clip trailer for a song in her debut Malayalam film, Oru Adaar Love, in one scene of which she winks flirtatiously, After the video clip went viral, the song was published on YouTube on 9 February and had received over 28 million hits till date.