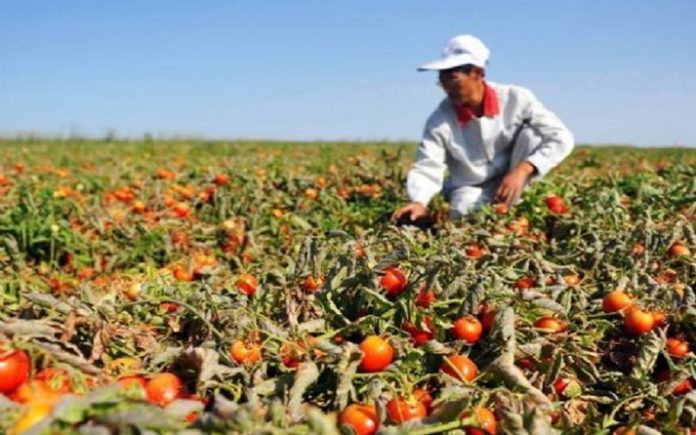 The steep fall in the price of tomatoes is causing worry among farmers in Mahabubabad district. In a protest against the falling prices, some farmers in Gudur mandal distributed tomatoes free of cost to people. Most farmers are struggling to get their produce into market as traders are paying very low price insufficient to recover even the labour and transport costs, leave alone earning profit.

Following the fall in the price, farmers are forced to sell three kg of tomatoes for just `10. Many farmers in the district left tomatoes in the field to get dry as taking them to market would add to their losses.

“It is not worth taking tomatoes to market as we would suffer more losses,” Y Laxmaiah, a farmer from Madanapur said. Similar situation was witnessed in Warangal rural district as well and farmers were forced to sell tomatoes for less than `5 a kg. Till last month, farmers were getting good price but for the last one week the price has started falling down causing huge loss.

This is not for the first time that tomato farmers are suffering losses due to price slump. It is a regular phenomenon every year. Overproduction has caused the price drop this time too, says a trader. The farmers are agitated as the government is doing nothing to save them. “We want the government to rescue us and provide remunerative prices so that at least we could recover our investment,” a farmer said.

Despite the low prices farmers are offered, there has not been much fall in retail prices of tomatoes. Agriculture officials claim that due to excess tomatoes arriving in market, prices have fallen and it would stabilise soon. #KhabarLive