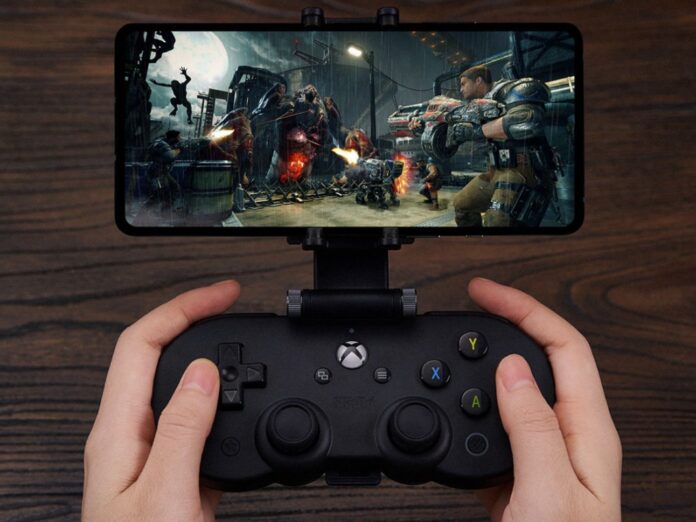 For a decade the smartphone industry has grown a lot. Smartphones have evolved so much today that you don’t even have to carry your laptop with you. You can easily perform almost each and every task on your smartphone. The smartphone manufacturer companies deal with a lot of competition. The same goes for the processor manufacturers.

Both of them have to provide the best in class products and services to their users. This competition has resulted in the availability of budget-friendly devices with above-average performance. Sometimes you get the best performance out there at an affordable rate. These smartphones are enough capable to play high-end graphics games that require high FPS. So in this article, we are going to share Top 10 Android games that you must install and play once in your lifetime.

Last year (2019) many of the mobile games had launched. But talking about the most downloaded and most liked Android game. Then it is call of duty mobile or COD mobile for sure. Although we can not compare this game with PUBG Mobile in any terms of graphics and other detailed enhancement of the game because PUBG was launched way before COD mobile and size of PUBG mobile is almost 1.5 GB. And also PUBG was already famous and they keep providing updates to stay at the top. Call of duty mobile was launched in the year 2019, since then, it is receiving positive feedbacks from its users. In fact Call of duty Mobile was the only game that achieved 100M+ downloads within a few weeks after launching.

Some of the key features that I really like about this game is the multiplayer fighting mode and they have recently added new modes like the “zombie mode” and “Attack of the Undead”. The rating of the game is 4.5/5 on the Playstore and the size of the game is approximately 100 MB + source file (depends on device). You can download this game from Playstore.

The Elder Scrolls Blade was announced in E3-2018. Right after the announcement players from all around the globe started waiting for the final release of The Elder Scrolls Blades for Android platform. Because at E3-2018 it was announced that the player can play and enjoy this game in both the portrait mode as well as in Landscape mode. Since the game has been officially released in 2019 we get to see the exact same feature as it was mentioned at E3-2018. In terms of graphics, the developers have invested a lot of effort. And you will experience quality graphics for sure. The compatibility of the game is well enough.

In this game, you have to make your own clan and city and decorate the city. You have to collect a few resources and at the end of the day, you have to fight with some unique creatures. As far as you go to the next levels, you will have to complete more missions accordingly. According to some reviewers and critics, this game has both positive as well as negative feedback. Rating of The Elder Scrolls Blade on Playstore is 4.0/5 and the size is almost 100 MB. This game is available on Playstore for free.

Grid Autosport was among the most trending game in the awaited list. Thousands of players were waiting for this game since 2017. And this game has been officially released at the end of 2019 for android devices. The graphics of the Grid Autosport is amazing. One thing that I am sure about this game is that you’ll see the most enhanced realistic gameplay with much-appreciated graphics. This game is a racing game so you’ll enjoy a realistic driving experience. You can play this game in high FPS to get the best output.

The game is not available for free. You have to purchase Grid Autosport from Playstore. The price of the game is approximately 15 USD. And it’s obvious that you have to pay for the best. talking about the rating and size of the game. the rating is 4.2/5 and the size is 37MB for the initial app and later you have to download its files.

The main niche of Durango Wild Lands is Crafting and survival. So Basically, in this game, you will find yourself on an island. Where you have to survive using all the provided resources. For example, you have to use boats to travel, collect food, prepare food, make new friends, do fishing, and catching new animals. And in the end, you will have to fight with dangerous animals including dinosaurs. If you like survival and crafting games then you must try this game. And I am pretty much sure that you are going to like this game. One more thing I would like to share about Durango Wild Lands is that this game is available in only a few regions. If you are unable to find this game on Playstore then this game might not be available in your country. You can still download this game from any third-party source.

Grimvalor is the most award-winning game for android devices. The game has won many awards because we get a lot of action in this game. In this game, you have to set the location and you will face multiple difficult objectives accordingly. To complete those objectives you have to defend yourself from the obstacles. And you have to discover new locations from where you will be able to complete all the levels. in this game, you will face multiple boss stages and you have to fight with the enemies. Sometimes you’ll have to face much more competition to survive in this game. If you are looking for an action game with a story then you must give a chance to this game

The size of the game “Grimvalor” is approx. 42 MB for initial setup. And the game is rated 4.5/5 on Playstore.

The history of the NBA shows that NBA launches its game each year for both consoles as well as for PC. But this time the NBA has launched its new game NBA 2K20or NBA 2020 for android platform. This is a virtual basketball game and if you follow basketball and you are a fan of basketball then you must give it a try.

NBA 2k20 is not available for free. The cost of the game is approximately 10USD. The rating of this game is 4.0/5 on Playstore. If you are not interested in Basketball then you can try PES (pro evolution soccer).

The Game Cyber Hunter is a science fiction based game. The different types of spaceship, starships, vehicles, weapons, & Each and every element of this game provides a futuristic experience. The character customization is also very much interesting. The character capable of doing parkour as well. To be honest the game is pretty much similar to the PUBG Mobile. Due to the popularity of PUBG this game was not able to gain attention from the users.

You can download this game for free from Playstore. The rating of The game on Playstore is 4.0/5 and talking about the size, the game size is around 100MB for initial setup.

You must have heard about PUBG Mobile Lite. As the name suggests, the game is a light version of PUBG itself. The only thing where PUBG Mobile and PUBG Mobile Lite differs is in the field of graphics. If your smartphone or any android device is not capable of playing PUBG Mobile smoothly then this game comes in handy. The Hardware requirement of this game is pretty much basic. You can easily play this game on a lower-end smartphone.

PUBG Mobile Lite has already crossed 100M+ downloads. The game is available for free on Playstore. The size of the game is approximately 60 MB for the initial setup and later you will have to download other files of the game. The game is rated 4.0/5.

We all are aware of the popularity of Harry Potter. When it comes to books, movie series, or any other stuff they always get a vast portion of attention. they keep launching new games as well but they always try to focus on PC and consoles. This time they have released a much interesting game for android devices. The game Harry Potter Wizards Unite is a unique game in itself. The reason why we mentioned this game in our top 10 android games list is because of its uniqueness. The game is based on AI. You will find multiple characters from the Harry Potter movie and can perform different types of magic onto them. the game is pretty much similar to pokemon go. The image mentioned below will clear out what I am trying to explain.

Harry Potter Wizards Unite is available on Playstore for free. The rating of this game is 4.0/5 and the total number of downloads is more than 100M. If you are willing to experience a unique taste in gaming then this game is for you.

Mario Kart Tour was among the most demanded game from the day it was announced. Thousands of players around the globe were waiting for the final release of Mario Kart Tour. When the game was finally launched, my expectations were not fulfilled. I had expected a lot more from Mario Kart Tour. The game is pretty much a basic racing game. You might get new updates in the future where you might get some more cool features. This game is more recommended for those who do not prefer aggressive gaming.

Mario Kart Tour was the most downloaded game on IOS or Apple app store in the year 2019. On the other hand, the Game is available for free on Playstore and the rating of this game on is 4.0/5. The number of downloads is more than 50M. Talking about the size, the game size is approximately 130 MB.

The whole list of Top 10 Android Games was prepared by sageswriter.in. And this whole article is meant for knowledge purposes only. And this article is not sponsored by any of the above-mentioned game development companies. The whole list is based on author’s personal point of view and all the information has been gathered from only reliable sources. This list of Top 10 Android games contains the valid and official link of the play store. So if any reader wishes to download the game from the play store then they can download these Top 10 android games. We are not responsible if any reader faces any issue during the process of the download. and we do not support and suggest any Third-party website or software to download these top 10 android games.