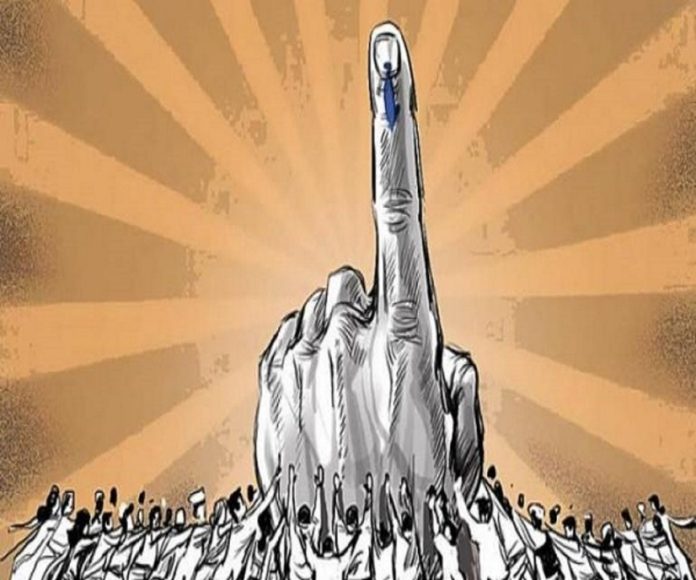 As the heat of elections is increasing along with the atmospheric summer heat waves, the political grounds are getting ready for the battle of Dlhi in Telangana. In Hyderabad, the tough fight will be AIMIM, Congress and TRS who are majorly contesting on the party name not for public cause.

The nominations are being completed by the major aspirants of the dominated political parties in Hyderabad and Secunmderabad. The scenario had completely changed after the 2018 Assembly elections. In a major indication that voters were getting highly influenced by the development policies of the TRS government, people of Secunderabad Lok Sabha constituency voted for the TRS en-masse. Let’s have a look on the constituency scenario.

Hyderabad Lok Sabha constituency profile
Despite serious efforts made by national and regional parties to capture Hyderabad over the past three and half decades, the writ of All India Majlis-e-Ittehadul Muslimeen continues to run in the Parliamentary constituency for long. MIM has won the seat in the eight successive Lok Sabha elections in the last three decades. Bharatiya Janata Party has been making repeated attempts since 1991 to wrest the seat from Majlis, but not successful so far.

Hyderabad parliamentary constituency comprises Malakpet, Karwan, Goshamahal, Charminar, Chandrayangutta, Yakutpura and Bahadurpura Assembly segments. The Charminar, Yakutpura, Bahadurpura and Chandrayangutta segments are completely dominated by Muslims while Malakpet and Karwan too have a sizeable number of voters for the community. Only Goshamahal Assembly constituency has been dominated by Hindus and it was this lone Assembly seat that MIM lost in 2009 and it did not field any candidate in 2014.

It was in 1984 Sultan Salahuddin Owaisi scored a victory in Hyderabad parliamentary seat by trouncing the candidate of Telugu Desam Party-BJP alliance K Prabhakar Reddy by a narrow margin of 3,481 votes in a fiercely-fought election. Salahuddin Owaisi retained Hyderabad seat in keenly-fought elections in 1989, 1991, 1996, 1998 and 1999. Out of the six times that senior Owaisi won this seat, he defeated BJP candidates three times and the combined candidates of TDP-BJP alliance three times.

One key reason for Majlis winning the Hyderabad parliamentary seat successively has been its presence in the four Assembly segments out of seven that made up this constituency from 1984 till 2004. Majlis has been winning three to four Assembly seats in Hyderabad parliamentary constituency. The MIM retained six of the seven Assembly constituencies it had contested (in Hyderabad Lok Sabha constituency limits) in December 2018. It won Malakpet (majority – 23,512), Kawrawan (Majority-50,602), Charminar (Majority-32,586) Chandrayangutta ( Majority- 80,264), Yakutpura ( majority-46978) and Bahadurpur (Majority – 82,518). BJP retained Goshamahal assembly constituency).

Named after Sikander Jah, the third Nizam of Asaf Jahi Dynasty, Secunderabad was established in 1806 as a British Cantonment and was majorly ruled by the British till 1948 despite it being part of Hyderabad State ruled by the Nizams. Created in 1952, Secunderabad Parliamentary constituency has a diverse range of voters from the posh localities of Jubilee Hills to middle-class abodes of Amberpet and Musheerabad, market areas of Nampally and Secunderabad, and also busy streets of Khairatabad and Sanatnagar.

Primarily an urban constituency, it is home for one of the country’s largest urban national parks (KBR Park) and one of the oldest universities (Osmania University) besides many other important landmarks, including one of the tallest Ganesh idols. With population increasing considerably, the constituency changed its demography after delimitation of constituencies in 2008.

If Hyderabad constituency continues to be a bastion of the AIMIM, Secunderabad constituency had been won by either the Congress or the BJP where the former had a slight upper hand over the latter. The constituency was largely represented by Congress leaders in the Parliament until BJP leader Bandaru Dattatreya won as MP in 1991. Though he lost to PV Rajeshwar Rao in 1996, Dattatreya was re-elected to Parliament from Secunderabad for two consecutive elections in 1998 and 1999. Since then, the fight was only between Dattatreya and Congress candidate M Anjan Kumar Yadav for the past three-four times.

ALSO READ:  When The 'Voting Ink' Suddenly Vanishes From The Fingers Of The Voters...

Massive vote swing puts TRS in enviable positionBut in 2004 Lok Sabha polls, Yadav defeated Dattatreya with a majority of 68,758 votes. In 2009, he almost tripled his majority (1,70,382 lakh votes) against Dattatreya. However, Dattatreya took sweet revenge on Yadav when he defeated the latter with a majority of 2,54,735 votes in 2014 elections. Though he was later inducted into the NDA government’s Union Cabinet, Prime Minister Narendra Modi dropped him from the Cabinet in less than a year. TRS candidate T Bheemsen stood third with 1,43,847 votes.

Except for Nampally Assembly constituency won by AIMIM candidate Jaffar Hussain, the rest of six Assembly constituencies were secured by the TRS, helping it achieve a whopping 88 seats in the elections. In all, the TRS received 4,29,390 votes with a vote share of 44.88 per cent against total votes of 9,56,735 votes, indicating a large scale swing in votes ahead of the Lok Sabha elections. The Prajakutami — Congress, TDP, TJS and CPI — together secured only 2,44,789 votes. Similarly, both BJP senior leaders K Laxman (Musheerabad) and G Kishan Reddy (Amberpet) lost the Assembly elections where the BJP secured a meager 1,72,188 votes from all seven Assembly segments.

No leader is completely sure to win this challenging elections, the intelligent voter will decide the fate of parties and leaders soon. Let’s wait and see.! #KhabarLive