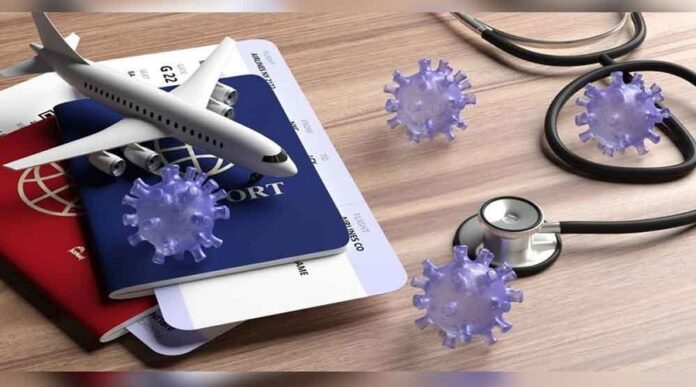 While Covid-19 pandemic resulted in most sectors facing sizeable and immediate revenue loss, a few sectors including aviation, tourism and hospitality were badly affected by the pandemic. Though the Centre has announced some relief to the MSMEs, tourism and hospitality sector has virtually been kept aside though they happen to be one of the high revenues earning sectors.

Ever since the lockdown one was announced, the tourism sector had suffered a sort of irrecoverable loss and despite several recommendations from the associations urging the government to come to their rescue, the government has not focussed its attention on this sector.

This sector has lost one season, the summer and are hoping against hope that the government would come up with necessary SoPs to push start the sector once again at least by October. This will be the only sector to suffer nine months adverse impact as March-October is the best time for them. Yet, the government did not deem it fit to focus its attention on tourism sector, association leaders aver.

The associations rue that tourism supply chains have broken down in India across all its key inbound, domestic and outbound markets. The direct and indirect impact of Covid-19 on this industry is estimated to be over 10% of the GDP which in terms of money would be around Rs 20 lakh crore in India. This value covers the whole tourism value chain from airlines, travel agents, hotels, tour operators, tourism destinations restaurants, tourist transportation and tourist guides. Each of these segments of tourism is non – performing and may have to stay so for next three months or so if not more.

Pending refunds for travel agents, pending payments from clients, vacant hotels and restaurants, empty conventions and wedding halls, no order in pipelines for tour operators, no visible bookings for peak October-March season, no corporate travel, no religious or spiritual events, no sea and river cruises, camping, rafting, golf , film tourism has resulted in breaking the backbone of the industry. Federation of Associations in Indian Tourism & Hospitality (FAITH), the policy federation of all the national associations representing the complete tourism, travel and hospitality industry of India for the past six months has been requesting the government to see that some steps for survival and revival of the tourism industry be taken.

It wants the government to create a tourism fund which can take care of the employees, one year moratorium on principal and interest payments by tourism, travel and hospitality business, full year waiver of all Central and State statutory liabilities like PF, ESI, income tax, GST, fixed power and utilities tariffs, property, excise, interstate tourist transportation taxes and license fees, all without any accumulated or penal interest.

Tourism has one of the largest economic multipliers and FAITH based upon its industry estimates believes that each rupee spent on tourism could have an economic multiplier of upwards of 3- 4 times and hence the government should take measures to come to the rescue of this industry. It wants that the policies evolved by the government should not only aim at the major players but those even who are into B2B in tourism sector.

They have not been able to earn even a rupee in the last six months. “Tourism can be a platform to overcome the pandemic,” said UN Secretary General Antonio Guterres. The time has come to restart tourism, given its multiplier effect on the economy, jobs and people, both socially and psychologically, added Zurab Pololikashvili, Secretary General, UNWTO. Their argument is that if people travel, even for short vacations, they can unshackle the seemingly unshakeable viral chains on the economy.

ALSO READ:  Aim To Defeat TRS In Telangana Elections, A 'United Front' Or 'Maha Kutami' In The Making?

They can be the engines for the post-Covid-19 growth era. If people cross physical barriers, they can help re-energise factories. If we are not scared to embark on fresh journeys, we will implicitly, in the words of Guterres, “promote solidarity and trust”, which are imperative to fight and win over the virus. Many States will suffer if tourism lags in the revival of the economy. The consequences for specific regions and districts can be disastrous. These are evident from the ground reports. A holistic approach is required to kick-start tourism.

There have to be combined efforts by policymakers at the national and state levels. There is an overpowering desire among people to take short vacations — anywhere, even for a day or two. Of course, they are scared about their health. But if given a safe environment, they are willing to take the holiday plunge. #KhabarLive #hydnews