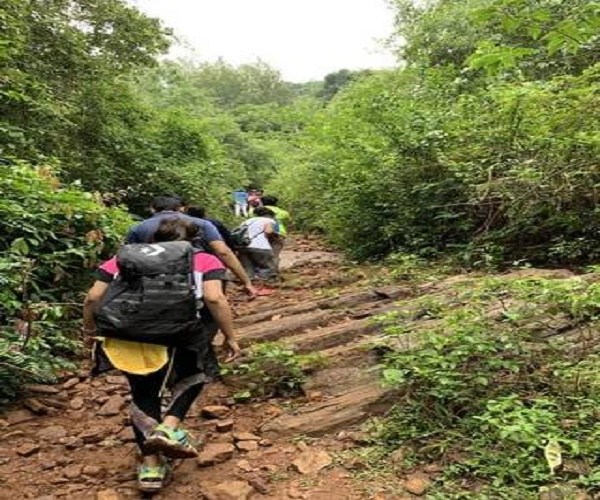 Trekking groups in Visakhapatnam are offering experiences that help people unravel hidden mysteries amidst the dense trails. Whether it’s meadows, hills or fields, they’re all swathed in shades of green after being drenched in the rains. For those who want to escape the city’s bustle and din, adventure groups are organising monsoon treks to unexplored parts.

“Trekking through the natural trails of Eastern Ghats in the monsoons is all about discovering some deeply magical moments. The beauty of Visakhapatnam’s topography is that one need not go too far to experience this. There are trails nearby that will literally lead you through misty cotton-wool clouds!” says Samved Vegi, co-founder of Treksome.

For instance, the trek to Dabbanda — a village adjoining the Kambalakonda Wildlife Sanctuary — “begins with a 2.5km uphill climb that takes you to the spot from where the actual hike begins. At the end, you reach a point from where you can see the entire lush expanse of the sanctuary. During the monsoon, it is a breathtaking experience when the clouds come hugging the hills,” adds Samved, who started the trekking group along with his friend Ravi Kiran.

This month, Treksome will take people on a four-kilometre trek to Bhimakonda, a hill near Kasipatnam. While many routes in the Eastern Ghats are a treasure trove waiting to be discovered, Samved says that the rocky terrain is not always easy to navigate. “It helps to go with someone who knows the terrain well, so that you don’t get stuck.”

ALSO READ:  Now, You Can Travel Without Stepping Out of Your Home!

Among his favourite trekking routes is the four-kilometre uphill one at Aradakota (near Peda Bayalu) that takes you to a gushing waterfall. The group conducts two treks in a month and also does corporate treks.

City-based group Stardust Adventures focuses on remote areas around Araku, Kambalakonda and Paderu. A popular trek is the Chittamgondi meadows in Araku Valley. Around 120 kilometres from Visakhapatnam, the nine-kilometre trek snakes through dense forests and offers a view of green meadows from an altitute of 4,500 feet.

“We offer over 16 treks that are not the usual tried and tested routes but secluded areas, which would be impossible to discover without the help of local people,” says Vimal Raj, the founder. The team first discovers these trails through Google Maps. “The application has a feature where you can see the terrain of a location.

So we usually look for areas of high altitude. Once we find a suitable place, we hunt for villages nearby,” says Vimal, who describes himself as an ‘explorer’. “Then we go there, speak to the locals and try to understand the dynamics of that area. We also explore other villages to check if there is are better trails,” he adds.

In many cases, the locals help guide the groups and teach them about indigenous flora and fauna. “While hiking along with the tribal community during Chittamgondi trek, we learnt that the community takes shelter in a cave on a hilltop during heavy rains or cyclones,” he says.

Stardust Adventure has also started an expedition to Yerravaram, which offers an overnight stay in a tribal area. Vimal says that this offers people an insight into how the community lives. Yerravaram is a lesser-known valley nestled between Narsipatnam-Lambasingi stretch.

Among the thick green cover is a waterfall that comes to life after the initial monsoon showers . The five-kilometre stretch has numerous viewpoints. This apart, “When we camp with the locals, we request them to cook for us. This helps us discover a cuisine that cannot be found in any restaurant,” says Vimal.

While start-ups like Treksome and Stardust Adventures are helping people discover the unknown side of the city, organisations like the Youth Hotels Association of India (YHAI) is helping others rediscover the beauty of tried and tested routes.

The Visakhapatnam chapter of YHAI has been conducting day-long trips in and around the city for several years. “We take a break from April to June as it is exam time and the weather is also not favourable,” says N Nageshwara Rao, State chairman, Adventure Promotion Committee, YHAI, adding that the number of people seeking adventure activities has gone up in the past decade. “The majority prefer half-day treks, so we have crafted routes to around Simhachalam, Yarada and Kambalakonda that help people explore the hidden spots of these popular tourist destinations.”

The most popular is the 15-kilometre hiking route in Simhachalam. This usually starts at the break of dawn and concludes by noon. “There are several senior organisers in the association who not only enlighten the trekkers about the history but also tell them about the flora and fauna of the area and the changes that the place has undergone,” says P Padmalatha, Assistant Professor of Medicine at King George Hospital. #KhabarLive