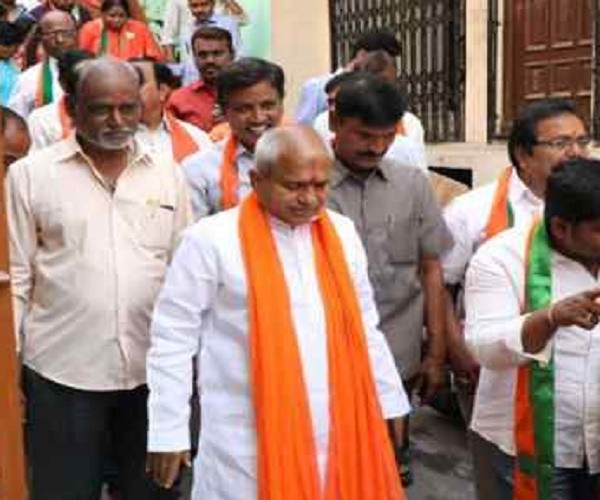 In 2014 elections, Dr Lakshman won over Mutha Gopal with a majority of 27,386 in the 274,073 strong electorate. Although Nayani Narasimha Reddy pinned hopes on the Musheerabad constituency for fielding his son-in-law Srinivas Reddy, the TRS leadership showed faith in Mutha Gopal. Although the BJP enjoys a swing after Amit Shah’s recent visit to the constituency, it appears that it would be anyone’s victory in the triangular fight this time around.

The Khairatabad assembly constituency in the undivided Hyderabad district is also host to a triangular contest between the Congress, the TRS and the BJP in the upcoming polls. With former MLA Danam Nagender’s joining the TRS, the Congress gave rise to a new contender by fielding Dr. Dasoju Sravan Kumar opposite sitting MLA Chintala Ramachandra Reddy of the BJP.

While Danam Nagender is betting on mass mobilization and grand-scale electioneering, Dasoju Sravan and Ramachandra Reddy placed their bets on one-to-one interaction with individual voters in the constituency with 263,340 votes. Analysts feel it is unpredictable to choose the winner as of now. #KhabarLive