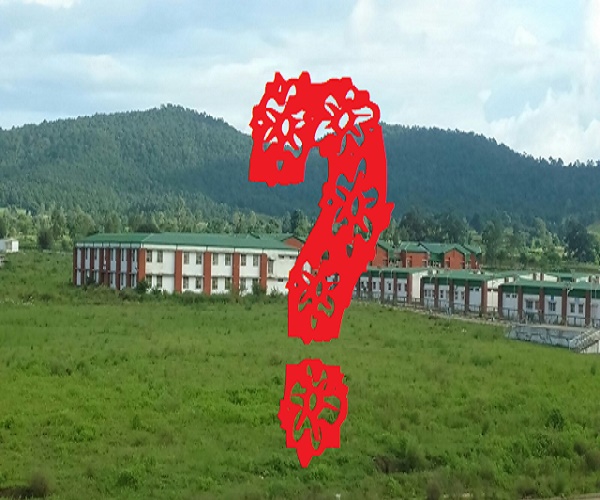 Education minister Kadiam Srihari might have assured that the Tribal University in the state will be up and running from the coming academic year, but the possibility of this happening anytime soon looks bleak, given that the Telangana Tribal Welfare department has received no communication from the state government or the Centre regarding key issues like courses to be offered, faculty recruitment or the funding.

Of the 490 acres of land on which the varsity is expected to come up, 160 acre is government land. “Of this, only 120 acre has been handed over to the Warangal district collector. Another 100 acre is forest land and will be handed over after a survey by the forest department,” Samba Jwala, deputy director of Tribal Research Institute, Hyderabad told KhabarLive. She, however, could not confirm by when would this land be acquired. The remaining 230 acre is private land that would have to be acquired by the government. The acquisition process too has not yet begun.

With the land acquisition process delaying the process, the government has decided to begin operations of the university from a private building identified in Jetaram of Mulugu mandal in Warangal. It is a Youth Training Centre under the Tribal Welfare department.

But the issue is far from resolved. In the backdrop of the government stating that the University will commence operations from this June, Tribal Welfare Secretary Benhur Mahesh Dutt Ekka also relayed the same information.

“We have not received any information on the courses that will be offered, the syllabus, strength of students or recruitment of faculty members. Without these guidelines, the functioning of the varsity is unlikely,” said the deputy director.

It may be recalled that the Centre had proposed to establish one Tribal University each in Telangana and Andhra Pradesh as per the AP State Reorganisation Act, 2014. Accordingly, in the last two years, it also allotted `10 crore each year for the University – officials rue it’s too less and too late.

Meanwhile, Telangana State Council of Higher Education (TSCHE) officials who were in Delhi on Thursday, to meet UGC chairman and raise pending funding and approval issues, reportedly claimed that they have provided all the information sought by the Centre and were positive that an announcement is on the anvil. #KhabarLive