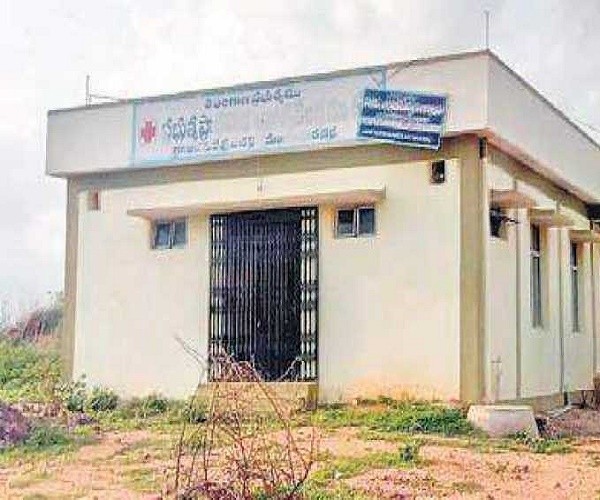 The government has allocated funds and space to ensure healthcare is accessible to all, but tribal villagers living in 12 tandas of Nalgonda district still have to walk 35 kilometres to Miryalaguda Area Hospital for medical care, thanks to the callous attitude of Revenue Department officials. The space that was meant to be their primary health centre is now being used by the area tehsildar as his office.

All these tribal people belong to the newly formed Adavidevulapally mandal.

The State government had sanctioned `48 lakh for the construction of a primary health centre in the area, way back in 2014. After a two year delay, the building was constructed in 2016 but no medical staff were allotted to the centre. Seeing the building lying vacant, the Adavidevulapally mandal tehsildar Khaleel Ahmad started using the primary health centre as his office, after, of course, taking permission from the health department officials.

ALSO READ:  All 'Errant' Junior Colleges Comes Under 'Strict Vigil' On Intermediate Board 'Affiliation' In Telangana

This, however, was meant to be a temporary arrangement. But when medical staff were finally allotted to the centre in July this year, the tehsildar refused to vacate the premises. Health department officials say that they have sent a notice to the tehsildar asking him to vacate the premises. The health centre has been allotted 10 medical staff including two regular doctors.

However, even after a notice was slapped, the tehsildar has refused to budge.

Even as he enjoys the comfort of the new building, tribal people have nowhere to go in case of seasonal diseases and outbreaks. Not only should they travel over 35 kilometres to the “nearby” hospital, they also have to spend money from their pocket as it’s a private facility. Irate by the tehsildar’s behaviour, locals are demanding that district collector Dr Gaurav Uppal intervene in the matter.

When #KhabarLive spoke to the tehsildar, he blamed the delay in vacating the premises on lack of other office spaces.“We are planning to vacate the PHC building but there is a delay due to non-availability of other private buildings from where this office can function,” justified tehsildar Khaleel Ahmad. #KhabarLive