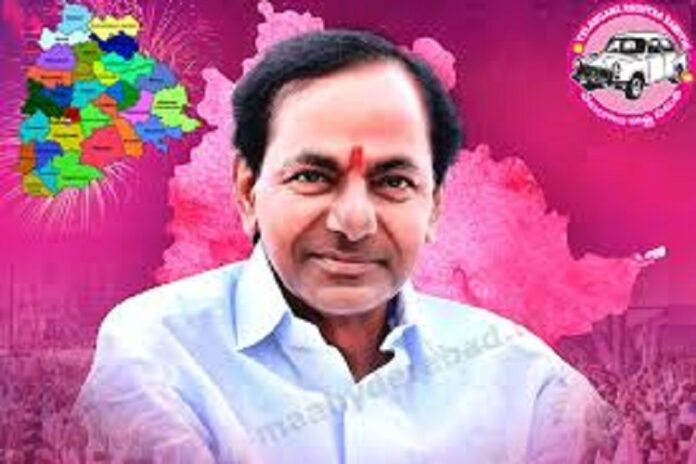 The ruling TRS is all set for a major makeover. After suffering a jolt both in byelection to Dubbaka Assembly seat and the GHMC polls that followed shortly afterwards, the party leadership wants to revamp party and the functioning of the government, it is learnt.

TRS president K Chandrasekhar Rao has been conducting brain-storming sessions with senior party leaders to rein in the BJP. Soon after his return from Delhi visit, the Chief Minister embarked on the brain-storming session. It is not yet clear what changes he is going to make in the government.

Recently, Dornakal MLA Redya Naik stirred a controversy by predicting that KTR is likely to become Chief Minister before March next year. His remarks became viral in the state at a time KCR is preparing to launch a movement against the national parties in Delhi.

Redya Naik claimed to have recently called on KTR and passed remarks to the extent KTR is going to step in the shoes of KCR. The sources in the TRS say that KCR, in the event of shifting to national politics, he is likely to hand over reins of the CM post to KTR. Meanwhile, propaganda has gained ground that KCR is likely to appoint Harish Rao and Eatala Rajender as the party working presidents. Soon after the TRS electoral victory in 2018 polls, KCR appointed KTR as the TRS working president. Then KTR called on party leader T Harish Rao at the latter’s residence.

The appointment was made to patch between the two. Now, if KTR were to be made the CM, Harish Rao is going to be appointed the party working president, the party sources said. Similarly, BC leader Eatala Rajender is likely to the appointed another working president of the party. The propaganda is going on across the country that simultaneous polls are likely to be held any time.

Earlier, the TRS also welcomed simultaneous polls and called for out of turn Assembly elections in 2018. The Election Commission of India also expressed its readiness to hold simultaneously polls to the Lok Sabha and the State Legislative Assemblies provided relevant constitutional amendment is passed.

Therefore, the alert CM is preparing to jump in to national politics whenever the elections to the Lok Sabha are held. Similarly, he is preparing to hold meetings with non-NDA and non-UPA political parties. #KhabarLive #hydnews