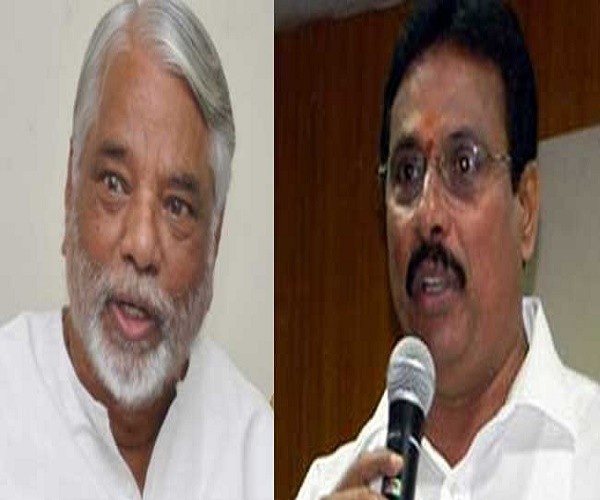 A clear visible factor of internal squabbles, groupism and anti-incumbency in ruling TRS party after early polls and first list of selected ticket holders. Everybody is discussing, fighting and talking about the selection criteria by party supremo.

On the other hand, some leaders who are using their influence to lobby for their wishful tickets. An example, two defected leaders who joined TRS recently are now turned a pain in the head for the TRS Chief KCR and his subordinates. Details of these two leaders who are trying everything they can to get the seat of one particular constituency is making a hot piece of news in Telangana.

The ex-senior leader of Congress KK joined TRS way back expecting big places in the near future. Knowing there will be no future in the Telangana Congress, KK trusted in KCR’s ruling and this time, he is willing to contest as an MLA for the Khairathabad Assembly segment.

Incidentally, another defected leader Danam Nagender Reddy who recently shifted his loyalty to the TRS with a guaranteed ticket is also demanding for the same seat. Compared to KK, Danam is the newbie in the TRS but he has a strong cadre and can pull many votes to the Pink party.

At the same time, KK is leaving no stone unturned to contest in Khairathabad. Meanwhile, other leaders like Babu Mohan and other sitting MLAs who didn’t find their name in the released list are ensured a compulsory ticket by their head.

the TRS bigwigsIn this regard, the TRS bigwigs are scratching their heads in order to send one of the competitors back to have an order within the party. One has to wait and see whom would KCR trust and prefer between KK and Danam for Khairatabad. Meanwhile, some leaders who denied the ticket this time are fuming back on the pink party heads and thinking of changing the parties. #KhabarLive