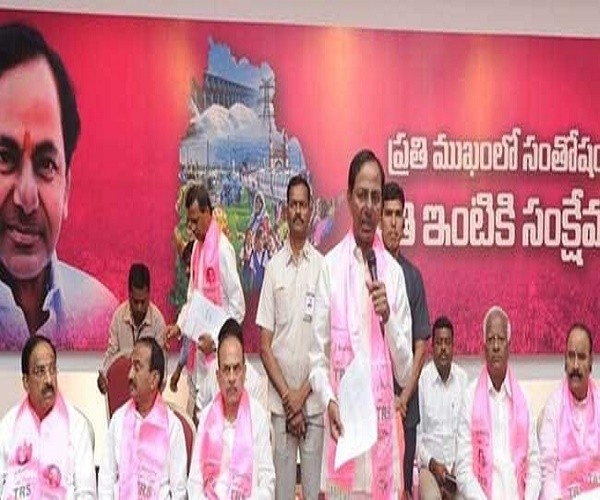 It seems the TRS Chief KCR’s plans are backfiring at himself with his recent course of actions. His own party leaders are fighting among one another in the ticket issues. for the first time, KCR is facing the heat from the Pink camp.

The allocating of the party tickets for the upcoming polls became a huge headache for the TRS Chief KCR. His latest announcement of 105 candidates names’ has set a stage for internal wars within the party.

From Nalgonda to Mahbubnagar, leaders who have been rendering services to the party since its origin were denied tickets. Irked leaders are openly throwing their tantrums on their head KCR and cursing him for ditching them. Some of the leaders prefered to stay calm without supporting the party whereas some are daring to contest as Independents.

Leaders like Konda Surekha from Warangal East, Manohar Reddy from Maheshwaram already announced their fight against KCR. Koti Reddy from Nalgonda, Sunil Reddy from Nizamabad, Ramesh Rathod from Adilabad are protesting in the party offices and demanding an explanation from the KCR’s family.

All these leaders are alleging that KCR gave more importance to the sitting MLAs who did nothing for the party and ignored the core leaders who did a lot of service from the scratch to gaining Power.KCR with his party’s senior leaders started consoling programme and assuring them with nominated posts.

Despite his trials to pacify the furious leaders, he is getting severe backlash from so-called strong leaders with big vote bank. #KhabarLive