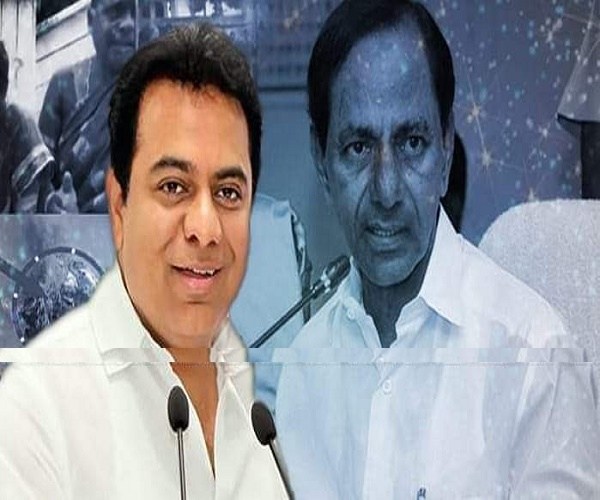 It’s not a fake news but it may be a big political rumour that Telangana chief minister KCR will step down and flock to national politics and make KTR as a new CM on July 2, 2019.

Before the Lok Sabha elections in Telangana, there was a wide talk that TRS chief KCR would be contesting for the Lower House and in his absence his son KTR would be made the CM. But this did not happen as KCR showed no interest in contesting for the MP seat but added that he will be behind forming of the next government in New Delhi.

Now that the Lok Sabha elections are over, there is a strong rumour that is being widely shared in the social media and WhatsApp groups. It is KCR is likely to step down from the CM chair and is expected to make his son KTR as the new CM of Telangana. KCR has reportedly fixed muhurtham for this it seems and if things go as per plan, KTR might swear in as CM on July 2nd.

If this happens, there could be new political developments in Telangana. On the other hand TRS party sources are absolutely tight-lipped about this while some say that they had no clue about it.

So will KCR make way for his son KTR? We have no idea about it and just keep waiting for the date. #KhabarLive will keep you updated the developments on this angle of news. Keep visiting this space. #KhabarLive