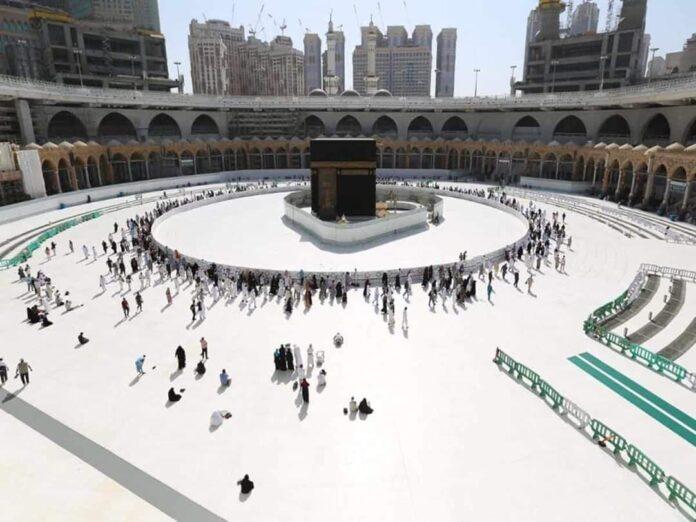 Entire Muslims are in dilemma on the uncertainty on Hajj this year in Saudi Arabia as Coronavirus pandemic across the world. Saudi top authorities made it clear that Hajj 2020 will be postponed indefinitely.

Saudi Arabia’s decision to suspend entry for Umrah pilgrimage amid coronavirus fears has stoked Muslims’ fears that the ban on the ritual will be in place longer than initially thought and may impact the annual Hajj pilgrimage this year, which usually brings about three million people to Makkah. This year the Hajj is expected to take place from July 28 to August 2.

In the last week of February, Saudi Arabia halted Umrah trips to the holy cities of Makkah and Madina due to the coronavirus scare. Despite the fact that Kingdom took a series of stringent precautionary measures to keep the COVID-19 at bay, Saudi Arabia’s Health Ministry on Wednesday reported 67 new cases of coronavirus taking the total number of infections in the Kingdom up to 238. The viral ailment has claimed hundreds of lives among thousands of infections around the world since December when it broke out in China, where the virus originated.

ALSO READ:  Shall Muslims Give Up Azaan On Loudspeakers?

Though the Kingdom said the Umrah suspension is temporary and “subject to regular review”, Muslims are increasingly apprehensive about the prospect of doing Hajj and fear that the hajj pilgrimage would be impacted. According to reports, some Egyptian lawmakers have called for cancelling this year’s annual Hajj season, citing fears of a pandemic of the coronavirus.

Travel agencies bear the brunt
The Saudi measure has thrown the business of many travel agencies into disarray. All the tourism companies organising the Umrah and Haj trips will suffer heavy losses. Many travel agencies in Muslim countries deal exclusively with pilgrims and are likely to take a major hit. After Saudi Arabia closed off travel to the holy city for Umrah, many potential travellers are concerned that Hajj could be affected too.

According to Tariq Ghazi, hundreds of Canadians who had made Hajj booking with tour operators with non-refundable deposit in thousands of dollars per person are cancelling their plans, while Haj-Umrah operators are facing bankruptcy. Who will pocket the deposited thousands is not clear though.

Meanwhile, an economic adviser in the Royal Bank of Canada (RBC) has said the country is in for recession that may continue until the last quarter of the year. So Canadians must turn to frugality and simple life, saying goodbye to luxuries they had been accustomed to.

An investor, on the other, hand said banks are likely to fail so people should find alternative ways to protect their savings. In India some banks have already failed with depositors losing their life’s saving.

Such warnings indicate that the current faulty economic system is going to crumble and make way for some new economic system to emerge from the debris. Who will author that new system is both unclear and obvious, depending on the vantage point you stand at to look at the global crisis.

Saudi Arabia has already extended its travel ban to include the European Union and 12 other countries, including India. Thus, the anguish of missing out on the annual pilgrimage is shared by Muslims worldwide. They are very much disappointed as some languish for years on waiting lists to take part in the larger Haj pilgrimage.

Even if the pilgrimage is not cancelled by the Kingdom, the Coronavirus fear could force millions of Muslims around the world to postpone or cancel a journey that many have eagerly awaited for years. The Hajj is one of Islam’s five pillars. Muslims are expected to perform it at least once in their lives if they can afford it and are physically able.

Pakistan’s Ministry of Religious Affairs has also asked applicants to submit refund forms if they have changed their plan amid the Coronavirus pandemic.

Even as the uncertainty looms over Hajj pilgrimage, Hajj Committee of India has released the schedule for the Hajj pilgrims for the season of 2020. According to this schedule, the pilgrims will start leaving from 9th July and their return journey will start on 13th August. #KhabarLive