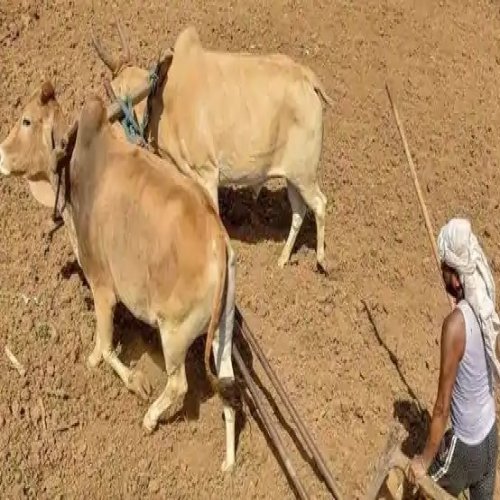 Mallesh Kumar, a farmer in Mallial of Jagtial district in Telangana, looks out to his swaying paddy crop. It’s ready to be harvested but, unlike other years, there aren’t enough farm hands to do the job. Any further delay will mean months of back-breaking work and investment going to waste.

Mallesh knows the reason labour is scarce. It’s not drought or floods or even a pest—those familiar foes of the farmer. It’s the unseen coronavirus that is ravaging rural Telangana.

“We depend on migrant labourers from states such as Andhra Pradesh, Tamilnadu and Odisha. They have left for their villages. We are not sure how the harvest season will pan out. Will we be able to harvest our rabi crops in time, and then sow new crops in May and June?” he said.

Joblessness in rural areas, mirroring the situation in urban pockets, spiked to record levels as the effects of the 21-day lockdown to blunt the spread of covid-19 panned out.

Weekly data put out by the Centre for Monitoring Indian Economy (CMIE) reveals that the unemployment rate in rural Telangana surged from 8.29% for the week ended 22 March to 20.29% on 29 March and 20.21% on 5 April.

This is the time in Telangana when there is normally a big pick-up in demand for labour ahead of the harvest of the winter crop. This year, the lockdown has forced millions of workers to stay away. Many have moved away.

The timing couldn’t have been worse: joblessness comes against the backdrop of prolonged farm distress, triggered by a combination of the collapse of global commodity prices going back to 2008 and droughts over large parts of the country. But it’s not farm workers alone—the lockdown has hit many other parts of the rural economy.

“The agriculture sector is battered, the fisheries sector has been crippled, the animal husbandry segment is in a bad position. The impact on rural jobs is huge. At least 40% of Indians are self-employed and if you ask a bulk of them—a cycle repairing shop owner, a panwallah—you will realize that they are without work too but they don’t fall in the unemployment calculation,” said Ravi Reddy, director of the Centre for Employment Studies at the Institute of Human Development in Hyderabad.

Almost 300 km from Hyderabad, weaver Rajashekar V. of Rajanna Sircilla district stares at a crisis. “The market is dead,” he said. “There are no takers for my products. Since people don’t have money and jobs, who will buy my clothes? I have no income.” The shutdown of inter-state movement between Telangana, Karnataka and Maharashtra has impacted his small handloom business the most. “I used to send my products to shops in Mysuru, Belgium, Kolhapur, Nashik and Solapur, but that has now stopped,” he said.

The crisis is likely to worsen, economists predict.

Even after the three-week lockdown is lifted, demand for labour is likely to remain low because of subdued economic activity, according to Tejaswini Rao, an associate professor at University of Hyderabad.

She, in common with some other economists, advocates a stimulus focussed at rural Telangana.

“To relieve pain in the rural economy, we have to give money to people, which will help in reviving demand for goods and services. It has to be a priority and can be done through direct fund transfer schemes of the government. What is the point of a bailout to companies, if there is no demand for their goods and services,” said Tejaswini.

Ravi Reddy gave a stark warning. “How will you differentiate among demand for labourers in an agri-market of Telangana, the harvesting of paddy, maize, cotton and sugarcane, the storage of food grains, the transportation of grains to the market or the cold storage. All are interlinked. Since everything is in standstill now, the impact on jobs is starting to show.

“In days to come, if governments at the centre and states do not put in place a full-proof system for the entire rural ecosystem, we can see a social unrest.”

ALSO READ:  What To Expect From TDP’s Manifesto In Telangana Elections?

Reddy pointed out that the migration of millions of workers from cities to villages in the last fortnight will potentially exacerbate the unemployment situation.

Reddy argued that rural workers need money in their hands and suggested that it be facilitated through direct benefit transfers. According to the 2011 census, the country has 263.1 million farm workers, including cultivators and labourers, though farming accounts for just 14% of India’s gross domestic product (GDP).

Shyam Sundar, a labour economist and professor at Osmania University, said that the if India wants to revive its rural economy, bring down the high unemployment rate and check possible social unrest, the attention has to be layered.

It must take into account agriculture workers, migrants workers who have moved back to villages, and small businesses in villages and rural townships. More than half of the jobs that small businesses create in the country are in rural areas.

“There is a clear need for a second stimulus package with a focus on the rural economy, people working there and devoid of social security nets. If the preventive lockdown continues, the unemployment scenario in rural Telangana could see a surge,” Shyam Sundar added.

In his village , Mallesh Kumar is almost embarrassed about the fact that he has no work. “Villagers in Telangana or in Andhra Pradesh are facing a tough time… Joblessness is a common thread for us all and we are not sure how long this uncertainly will continue,” he added. #KhabarLive