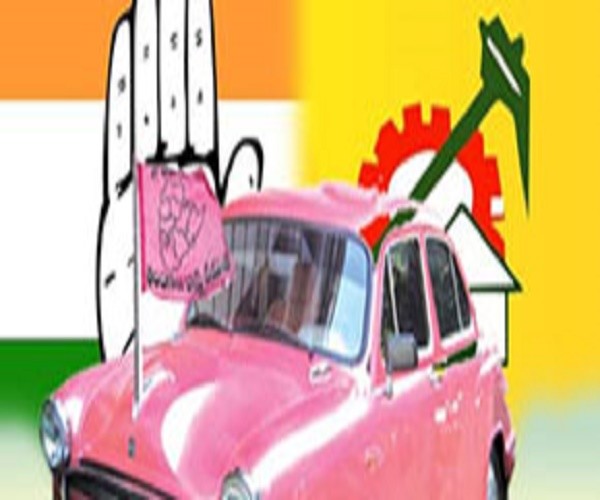 The battle lines are drawn for the December 7 battle royale in Telangana. The ‘Prajakutami’ allies are displaying a rare show of unity and coordination leaving no chance for the ruling Telangana Rashtra Samithi (TRS) to take advantage of possible cracks, if any, in their alliance.

The Congress, Telugu Desam Party, Telangana Jana Samithi and the CPI – allies – have recovered fast since the completion of their seat sharing talks a week ago. They began mounting a determined bid to rattle and upset Chief Minister K. Chandrasekhara Rao’s apple cart.

The opposition unity came as an unexpected shocker to the TRS going by the words of KCR, who now turns for sympathy of voters, saying so many parties are making joint attacks while his TRS party is fighting a lonely battle for the cause of protecting Telangana’s interests. In his Nizamabad election meeting, KCR said: “Everybody is targetting me. Modi, Amit Shah, Sonia Gandhi, Rahul Gandhi, Chandrababu Naidu and all of them. It’s you Telangana people who should protect the TRS party and thereby protect our state from these parties”.

That KCR is unnerved by the sudden turn of electioneering heat is evident from his renewed attack on the opposition unity. Actually, KCR dissolved Assembly on September 6 and opted for ‘early polls’ in the state with the sole objective of taking rival parties by surprise and take electoral advantage out of a divided opposition. He claimed ‘political fragility’ and ‘stalling of development by Congress’ as the immediate reasons for dissolution of the assembly at that time. Apparently, he wanted Telangana issues to dominate in its assembly polls which would not be possible if the state is to go to polls along with 2019 parliamentary election.

Despite so many advantages that TRS has in ‘early polls’, the electoral scene turned slowly in favour of allies in the past fews days of campaigning so much so there is widespread mouth talk Prajakutami has risen to give a tough fight to KCR and his party. True to this spirit, Congress is taking along the remaining allies with it in an amicable manner and mutual efforts are being made by the allies to address problems of rebels in different segments.

Congress has sent senior leaders like S. Jaipal Reddy, T. Subbarami Reddy, Ahmad Patel, Jayaram Ramesh, Veerappa Moily to pacify party rebels. Jaipal Reddy personally visited the residence of Bhikshapati Yadav and convinced him from withdrawing his nomination as a rebel in Serilingampally segment in Hyderabad city. Where rebels refused to toe party line, Congress dismissed them for six years. Such candidates included Raavi Srinivas from Sirpur segment, B. Narayanarao Patel from Mudhole, Boda Janardhan from Chennur and so on.

ALSO READ:  India Marks Another Day Of Erasure And Insult Against Muslims

Each of them made an unsparing attack on KCR family. Utham Kumar went a step ahead calling KCR shameless to seek re-election after having betrayed Telangana people on all fronts. Kodandaram has asked people to send back KCR to his farm house which is the fitting place given his anti-people activities. #KhabarLive