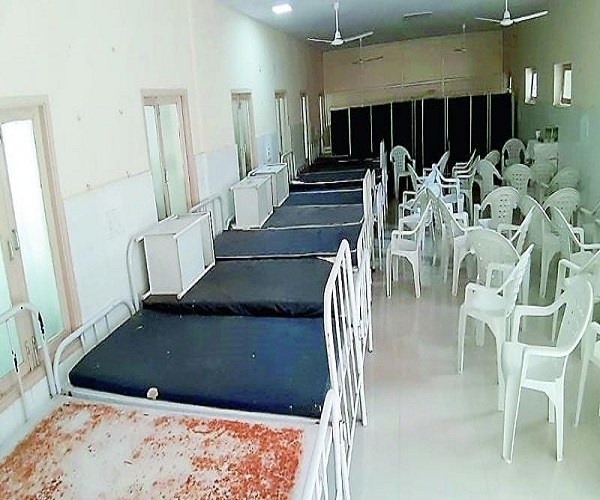 Deprived of basic amenities at the 30-bed hospital, those in its vicinity prefer to approach other hospitals. Chairs and unused beds point at the neglect shown by the hospital authorities to procure equipment and provide facilities for the patients.

Patients are not availing services of the Urban Health Centre at Jangammet over lack of facilities and impolite behavior of the staff.

Deprived of basic amenities at the 30-bed hospital, those in its vicinity prefer to approach other hospitals.

Though the health centre has a 30-bed capacity, occupancy rate is 60-65 per month, while over 6,000 patients are treated in a month.

Complaining about lack of facilities, Syed Sadiq Ali of Jangammet said patients have to purchase medicines and allied items from outside.

According to patients, the major problem is that staff there does not attend to duty on time. They suggested monitoring of their attendance through biometric attendance system.

The only in-patient at the hospital, Ayesha, who delivered her third baby at the hospital, complained that she was not provided KCR kits during her first and second deliveries. She just received Rs 600 for her vaccination.

Ayesha said she was told the amount would be transferred to her account but she had not received any amount.

Residents say OPD services should be available for at least eight hours, but doctors keep escaping duty at this hospital. Only three doctors, a gynaecologist, paediatrician and dentist are available.

Affan Quadri of Mehr Organisation said it was the primary duty of staff to educate, motivate and counsel people of the local area about immunisation by conducting immunisation sessions.

He said to ensure accountability, the citizen’s charter should be made available at each Urban Health Centre in the state.

He said Clinical Establishment (Registration and Regulation) Act, 2010, should be followed to address statutory and regulatory compliance in such hospitals too. #KhabarLive