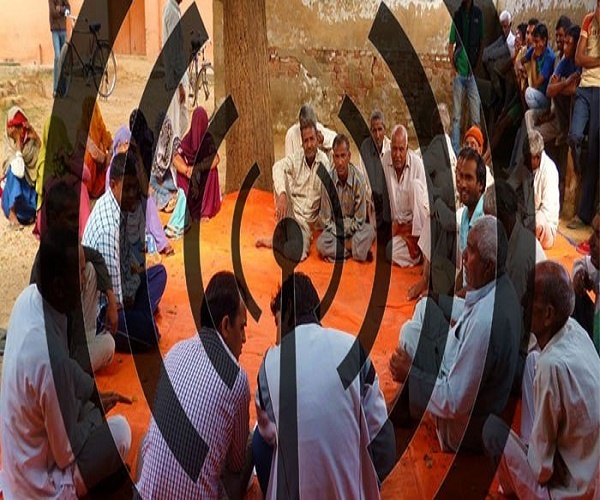 The idea of a village secretariat which would be the nerve centre of governance at the grassroots level under Rajanna Rajyam, proposed by YSR Congress party president YS Jagan Mohan Reddy, is a revolutionary one. The concept of a village secretary it would mean that authority gets decentralised down to the village level.

The proposal of village Secretariat in every single village of the state, aspires to bring about sea-change in the functioning of the government machinery at the ground level in the villages. Interaction of grassroot level government machinery with villagers, being one of them and understanding their problems better, gives it the dimension of engagement and involvement which was sorely missing all these years.

There is little doubt as YS Jagan has pointed out on countless occasions that the Chandrababu Naidu government is driven by bias and partisan politics. What has the TDP government to grassroots governance? By instituting extra-constitutional bodies in the name of Janmabhoomi committees at the ground level, they have not only watered down the administrative structure and functioning, but have turned it into grassloot governance.

This is the most sordid part of the Telugu Desam government which has failed the people of the state on all counts. Every welfare programme of the government became an instrument of corruption in the hands of Janmabhoomi committee members under TDP.

In practically every area, no decisions are taken by local officials without the involvement and interference of Janmabhoomi committee members, as people have pointed out across the length and breadth of the state. Be it widow pensions, old age pensions, allotment of houses, transfer of officials and a host of other activities, the Janmabhoomi committee comes into play in village after village, people have mentioned.

Day to day Government functioning at the village and mandal level is hamstrung because of the interference and intrusive nature of these Janmabhoomi committees, which are extra-constitutional in nature.

Political influence and bribes constitute the order of the day, because of these committees. Moreover, sand mining and party programmes such as Neeru Cherry come in handy for the Janmabhoomi committees to assert their influence, grab land or make money through other illegal means. Analysts have pointed out that it is not as if Chandrababu Naidu is not aware of the corrupt activities of the Janmabhoomi committees.

In fact, he has created a system wherein corruption percolates to the village level ensuring that everyone gets a piece of the pie. It must be therefore said that by doing so, Chandrababu Naidu has institutionalised corruption on an unprecedented scale in Andhra Pradesh.

This system replete with venality, needs to be demolished from the grassroots and uprooted completely. Therefore, early in his Padayatra, YS Jagan had announced that he resolved to overhaul the system once YSRCP comes to power. He asserted that he had and decided to ensure transparency in the functioning of the government down to the village.

The YSR Congress Party President announced his proposal to establish village-level Secretariats which will function as nodal offices, making all government services accessible to the poorest of the poor in a transparent manner.

It is only a matter of months before this dream of the villagers of the state is shaped into reality. The central hub of local governance would be a secretariat in their own hamlet. This model of micro-governance would ensure transparency on the one hand and on the other, it would bring about effective delivery of all government welfare programmes.

It would also mean that the true democratic spirit of governance is restored and driven with a sense of sincerity of purpose. Importantly, it would help our village level government machinery function in an-action oriented manner. This is the revolutionary aspect it lends to welfare governance in all areas of activity governing the people of Andhra Pradesh. #KhabarLive