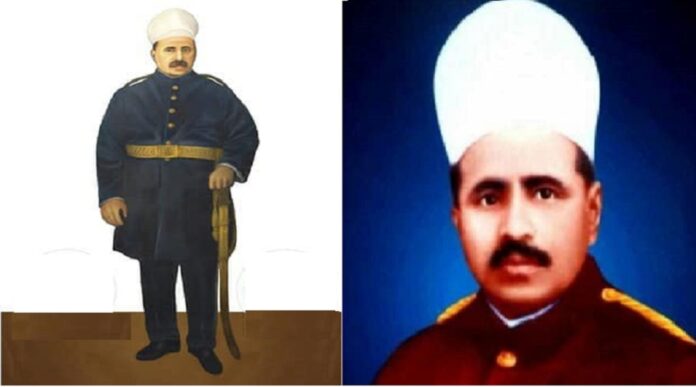 Thousands of people occupied important positions in the state services of Hyderabad during the Nizam’s rule but no one was able to achieve the kind of acclaim that Raja Bahadur Venkata Rama Reddy did.

The pioneering qualities embodied in himself, both as a civil servant and social worker, made him a phenomenon during his lifetime. The people of Hyderabad used to see a modernization movement in his administration.

Born on August 22, 1869, in Rayanipeta village of Wanaparthy taluka of former Mahabubnagar district, to Pasham Keshava Reddy and Baramma, Venkataraman Reddy lost his parents within 7 years of his age. He was under the care of his maternal uncle Shayi Reddy, a police officer, who also died in 1885 while working as Superintendent of Police, Raichur. One of his friends helped Venkataraman Reddy get inducted into the Hyderabad State Police Department as a Sub-Inspector of Police in 1886.

Hard work with single-minded devotion ensured a steady growth and finally helped him get elevated as Commissioner of Police, Hyderabad City, and he continued in that position for 14 long years. Ignoring the community background to which he belonged, the Muslim ruler developed the confidence to post him as head of Hyderabad City Police that was ranked next to the Prime Minister. Venkatarama Reddy had conducted himself with tact, tenacity, alacrity, incisive intelligence, and vision and was popular as a ‘Legendary Kotwal’.

It would have been impossible for Rama Reddy to have attained such distinction without having demonstrated extraordinary qualities. He was known for his perseverance and fair-mindedness. Such was his commitment and dedication, that he was honored by both the Nizam as well as the British. The Nizam gave him the title of Raja Bahadur, and the British inducted him into the Order of the British Empire.

During his career, in various capacities, Venkatarama Reddy worked in the districts of Raichur, Yadgir, Gulbarga, Bidar (presently in Karnataka), Mahabubnagar, Nizamabad, Yelagandal (Karimnagar district now), Warangal, Ranga Reddy (formerly known as Sarf-e-khas) and Hyderabad City. His performing abilities were so promising that when the Nizam wanted a competent police officer for the Sarf-e-khas, the Director-General of Police, who was an English man, suggested Venkatarama Reddy’s name.

On his assumption of charge as 13th Commissioner of Police, Hyderabad City, Imad Jung found the need for radical reforms in the City Police administration, and he picked Venkatarama Reddy to effect reforms. On the sudden demise of Imad Jung, The Nizam chose Venkatarama Reddy to fill the post.

He was a person of eminence. The hard work put in, creative acumen and sound leadership qualities earned him the credit of a multifaceted personality. He inspired the confidence of all sections by projecting the image of fair play. He was considered to be an expert in forestalling communal disorders and never allowed any grievance to grow.

One of his novel reforms at that time was affording accessibility to anyone in need of justice. His timely actions fetched him the credit as the dispenser of justice to the poor. In the process, he almost became an institution.

In those days, colleges of higher education were located in Hyderabad. To facilitate the students coming from rural areas, he started Reddy Hostel for boys in 1918 and for girls in 1933 and provided admissions to all students irrespective of their caste or religion. He used to run the police administration and in parallel continued social service activities. He was responsible for establishing as many as 22 educational institutions in the twin cities, continued as its president till his last breath.

After several extensions, he was allowed to retire from the post of Commissioner of Police, Hyderabad. Thereafter, as a Member of the State Legislature, he was responsible for enacting law for the re-marriage to widows and against the exploitation of children for domestic labour and child marriages. He vehemently denounced the practice of untouchability from every platform.

In recognition of the distinguished services, The Seventh Nizam Mir Osman Ali Khan conferred on him the title of ‘Raja Bahadur’ and subsequently, the British government conferred ‘Order of British Empire’.

The social service activities taken up by him between 1920 and 1930 may have become a common affair now, but in those days it required a rare vision and courage for a person of his stature to take active interest in these activities.

Apart from excelling at his job, Rama Reddy would carve out time to dedicate to social service. He was instrumental in the establishment of Narayanguda Girls’ High School (now known as Madapati Hanumantha Rao School), and RBVRR Women’s College, Narayanguda. He persuaded the youth, especially those from the Reddy community, to become educated and take up government jobs. He established the Reddy Hostel in Hyderabad in 1917.

In 1931, when Naray-anguda Girls’ High School was on the verge of closure, Reddy took it upon himself to revive the school. He set up a trust comprising himself, Burugula Ramak-rishna Rao, Madapati Hanumantha Rao, and K.V. Ranga Reddy to oversee the running of the school.

Dr Tippa Reddy, a former professor of Osmania University, said, “The Nizam had several Telugu, Kannada, and Marathi-medium scho-ols across Hyderabad shut down, as he wanted only Urdu medium schools to function. What is now Koti Women’s College was a British Residency then. The Narayanguda Girls High School was initially started in Badi Chowdi. Since it was denied recognition by Osmania University, permission was obtained from the Karve Institute in Pune.” Rama Reddy was the chairman of the governing bodies of several schools across Hyder-abad at that time.

Many of the causes he cherished have thrived year after year and now have become universal. The bronze statue of Raja Bahadur Venkata Rama Reddy, which adorns the crossroads at YMCA, Narayanaguda, Hyderabad, is a monument of his ideas and ideals. The latest tribute, by the State government, to the great soul in naming its police training academy as “Raja Bahadur Venkata Rama Reddy Telangana State Police Academy” (RBVRR TSPA). His personal life is an inspiring model for youth and young police officers even today. #KhabarLive #hydnews