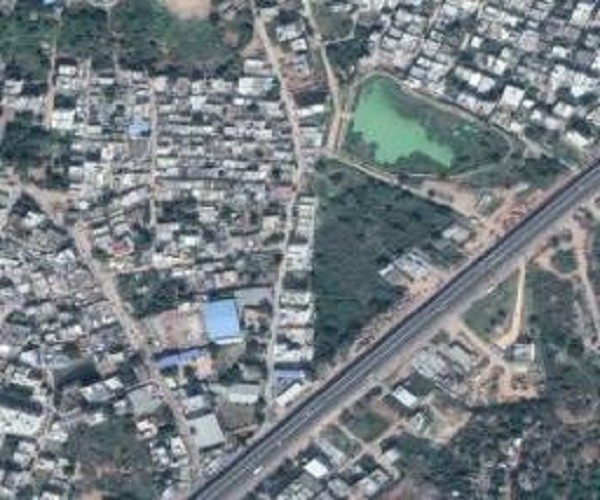 The lesser known village is a small locality today comprising a mix of residential buildings and marriage halls. Upperpally used to be a small village made up of about 100-120 houses during the 20th century and had a modest population of 500 to 600 people. The tenements which cropped up in the area belonged to menial labourers and masons who were engaged in the construction work in expansion of the fort.

There were Reddys, Munnuru Kapus and a few Muslims. The menial labourer was called Paarakadu (Para-Phawda (Urdu word for Spade), while the assistant mason was called Beldaar. The women folk would accompany the males and would fetch water, carry and transport the construction material to the beldaars and masons. According to an old resident of Upperpally, Balmukhund Pershad, who was born and brought up here, a few expert masons were as good as a fine architect.

According to Pershad saab, all these workers had to cross the Musi river to reach Golconda and even for a visit to friends who lived in the city. The village was an underdeveloped one, there was no temple or mosque or any significant structure. To perform puja, one had to go to the temples of Kishanbagh and Ranibagh and Mir Mehwood saheb ki pahadi.

Even today it has not transformed into a locality, although grand marriage halls have mushroomed in the area and population has increased. Upperpally is located between Attapur and Budvel. It can also be reached via Kishanbagh and Langar Hauz. As one proceeds from Mehdipatnam and takes a left turn from the first traffic signal, one has to cross the small village of Nandimusliguda, pass Hyderguda and Attapur before turning right towards Budvel Rajendra Nagar main road to reach the area.

Although Hyderabad was founded in 1591, and was inhabited by the migrating population of Golconda, the concept of a mohalla came much later. Around Golconda and Charminar were many small villages and hamlets with a small population of both Hindus and Muslims. In due course of time, many of these villages became mohallas or localities with a burgeoning population. These localities which existed even before the entry of the first Qutb Shah; can be called the oldest areas of the kingdom.

UpperpallyThe lanes of villages and mohallas are a beautiful blend of two languages – Urdu or Persian and Hindi or Telugu, reflecting the rich culture of Deccan. Heavily influenced by seven languages – Urdu, Persian, Arabic, Hindi, Telugu, Marathi and English–the name of a village or locality is invariably a combination of two languages. #KhabarLive