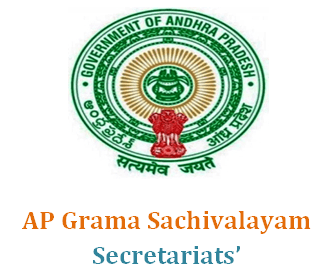 In Andhra Pradesh, a novel rule adopted to the joined people, if they want to quit or resign, a majority of those who joined village and ward secretariats in government are set to pay a heavy price upon quitting the job during probation period.

When an innumerable number (4.5 lakh to be precise) of unemployed youth from Andhra Pradesh jumped on to the village or ward secretariat bandwagon, little they must have realised they would be at the receiving end of a corporate style of functioning where ‘hire and fire’ and ‘perform or perish’ are the buzzwords in addition to serving a notice period if they wished to quit, for whatever reason.

Months into the job, most of them are caught between the devil and the deep sea. This is more so with youngsters who wished to use the career opening as a spring-board in their quest for greener pastures.

ALSO READ:  Do You Know The 'Secrets Of Hyderabad'?

Today, a majority of those who joined village and ward secretariats are set to pay a heavy price. They are forced to shell down money if they intend to resign during the probation period. In fact, the ‘easing out’ process is nerve-wrecking, to say the least. A notice period mandates that one has to either serve the period or compensate by the paying the salary amount of that period if he wishes to be relieved immediately. However, the state government has taken extreme steps. Those who wished to resign after getting better jobs are being asked by officials to pay the entire amount which had drawn, including allowances if they wished to get reliving letters.

After YSR Congress came to power the state government established village and ward secretariats and recruited around 4.5 lakh employees in a record time. They paid Rs 15,000 monthly salary besides other allowances, on two-year probation. Due to unemployment problem several people who were over-qualified also joined. If any candidate resigns during the probationary period they have to pay all their earnings from the job, failing which their resignations would be rejected.

In Anantapur district, Maheswar Reddy, working in the Village secretariat got a job in Railways. When he resigned, he was asked to pay `57,095 into the government treasury for his resignation to be accepted. The officials told him that amount includes expenditure for his training period of `2000 and salary of three months and 25 days.

In a similar case in Vizianagaram district, two employees of Village secretariat resigned after getting better jobs. The district officials have directed the local officials to ask them to pay the salary and other allowances which they got for all these days to accept their resignations. The district officials told them until they paid the total amount there was no question of accepting their resignations.

A woman working in ward secretariat in West Godavari district said that she is not spending her salary and depositing in her back account. She said if she gets a better job, she has to pay the entire salary. This way she would be prepared.

Meanwhile, officials have clarified that they are following the service rules of Central Civil service (CCS) and AP Public Service Commission rules and they are not new. They said if any employ of village or ward secretariat resigns in the probation period (two years) they have to pay entire amount they got as a salary and other allowances. After completion of probationary period they will be given basic scale, and if they resign after two years they need not to pay their earnings. #KhabarLive