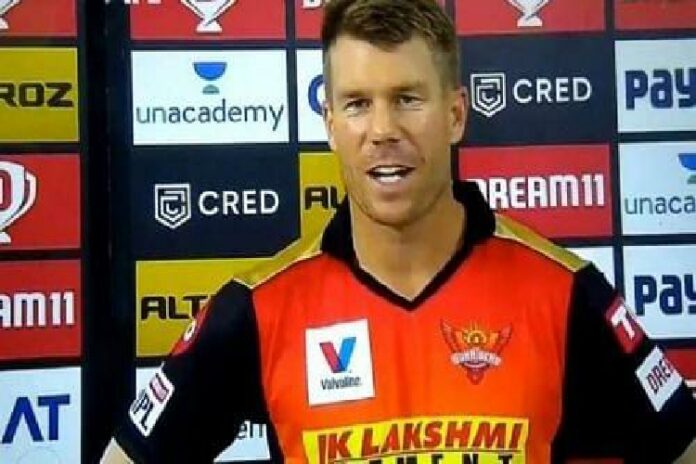 After their loss against the Mumbai Indians in IPL 2020, Sunrisers Hyderabad skipper David Warner acknowledged that there were not enough partnerships that could’ve taken the game deeper for his side.

SRH were chasing a target of 209 and although David Warner played a brilliant knock of 60, there was no one at the other end to help him out with a big score or to string a partnership with him.

MI kept on taking wickets at crucial moments and did not let any partnership blossom. In the end, David Warner’s wicket proved to be the final nail in the coffin as SRH fell short by 34 runs.

David Warner said after the game:

“They had runs on the board and we were left chasing at 10 RPO – we didn’t string partnerships together to take the chase deeper. It wasn’t easy to start off (while batting), lack of partnerships as I said, losing wickets back-to-back isn’t ideal, but there were a few positives coming out of this match.”

I counted almost 7-8 full tosses towards the back-end: David Warner

David Warner was not happy with the way SRH bowlers executed their yorkers at the death. Although T Natarajan was absolutely spot-on with his yorkers, Sandeep Sharma and Siddarth Kaul, in particular, went for a lot of runs in the end as they could not execute their yorkers to perfection.

He also pointed out the fact that they dearly missed the services of Bhuvneshwar Kumar, who got injured in their previous game.

“Two new guys came in today, obviously with Bhuvi injured, there are things we can work on during training. (On execution) I think I probably counted around 7 to 8 full-tosses towards the back-end, we didn’t nail the yorkers right – these were our plans which we didn’t execute consistently.”

SRH will next face Kings XI Punjab on 8th October at Dubai and will be looking to get back to winning ways sooner rather than later. #KhabarLive #hydnews