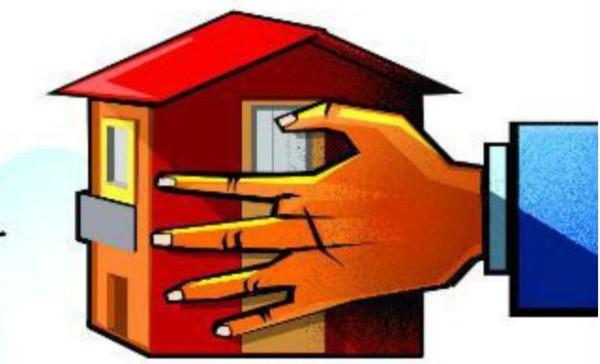 Though imperceptible, the signs are unmistakable. Chief Minister K Chandrashekar Rao is after the Congress but in his own inimitable way. His review of 2015 cash-for-vote case and Indiramma Housing scams cannot be dismissed as mere coincidences with the Congress blitzkrieg attack on KCR’s family. Though links cannot be established between the happenings in the two Telugu states and KCR’s review of the cases, their occurrence, all at the same time, gives rise to suspicion if there are any connections, after all.

After riding to power in Telangana in 2014, KCR entrusted investigation of Indiramma Housing scam to CID which, with the help of State Housing Corporation, did a preliminary inquiry and submitted a report to the government. The officials did a sample survey in which huge amounts were found to be siphoned away. The authorities surmised that it was possible politicians and revenue staff may have siphoned off money.

The most plausible explanation for KCR’s sudden interest in both the cases could be that he wants to pay back the Congress, his principal rival in Telangana, for its high-voltage campaign against him and his family. He probably is hoping that by reopening the cash-for-vote scam, he could rein in Telugu Desam-turned-Congress leader A Revanth Reddy who figures prominently in the case. Apart from Revanth Reddy, Telangana Congress Committee president N Uttam Kumar Reddy too has become a pain in the neck for KCR.

What better way is there for KCR to deal with him than pulling out, from shelves of the CID, the files relating to Indiramma Housing that took place when the Congress was in power in 2004-14. Uttam Kumar Reddy was Housing Minister when N Kiran Kumar Reddy was the Chief Minister of the state. But the review has reverberations in neighbouring Andhra Pradesh, too.

ALSO READ:  Why 'Election Commission' Is On 'Questions Radar' In Andhra Pradesh?

Telugu Desam sees a much deeper and sinister conspiracy as KCR asked his CID officials about the status of cash-for-vote scam probe. The fact that KCR had spent more than five hours in discussing the nitty-gritty of the case is making TD leaders squirm in their chairs. They even allege that KCR is acting at the instance of Prime Minister Narendra Modi to embarrass their chief Chandrababu Naidu for hitting out at NDA over denial of Special Status to AP.

Though, for the time being, there is no need for KCR to go after Naidu since latter’s Telugu Desam Party in Telangana has suffered a molecular disintegration in his hands, AP leaders say KCR also has skeletons in his cupboard and to prevent them from tumbling out, he is trying to trouble Naidu, at the behest of Modi.

ALSO READ:  Hyderabadi Chudiyan Aka Bangles, Shining Through The Ages!

But those in power should refrain from using investigation agencies to go after their political adversaries, as it sets an unhealthy precedent and would invite criticism that the government is trying to resort to witch-hunting. Why should there be a need for CID or CBI in a political battle? If a politician commits a financial crime, the investigation agencies would deal with them. But controlling them as to when they should act and when not is nothing but trying to wreak political vendetta. #KhabarLive