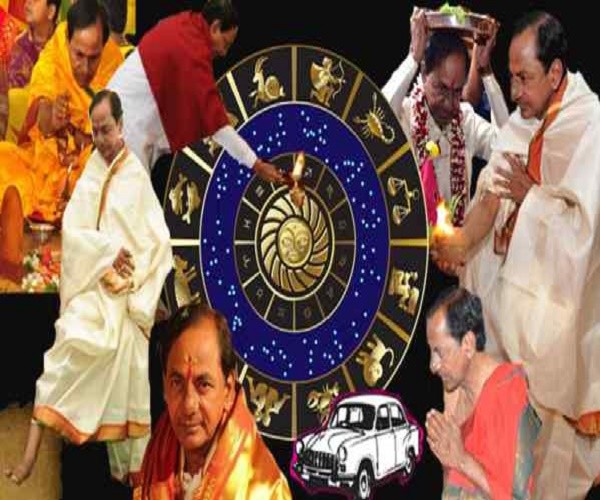 As you know, KCR is a strong believer of astrological stars and jyotishya. A well-known astrologer in his squad, who preferred to be anonymous, predicted that Telangana Rashtra Samithi and caretaker Chief Minister, K. Chandrashekhar Rao, will pull off another term for his party, as its principal charismatic mascot.

The doubts and misgivings people seem to express will not come in the way of the TRS enjoying another term, he said. KCR enjoys the goodwill of the people which will see him through in the end, he foretold. In the final analysis this will outweigh all the other factors, notwithstanding negative publicity by the Congress.

To the question, will the TRS win comfortably, he replied that it will be a narrow win. On the chances of Congress forming a government with TDP and other partners in the TJS, he ruled it out totally. All the partners in Mahakutami will add up to 45 at best, he said. What about the BJP? His response was that they would get 4 seats, but not necessarily the same ones. The TDP? It could win three seats, he predicted.

Will Chandrababu have any clout in Telangana? Pat came the reply-he will meet his comeuppance, to realize where he really stands in the eyes of the people here. Telugu Desam is as good as buried in Telangana, as per his prognosis.

As regards the MIM, he foresaw a likely addition of one or even two seats to their tally taking the overall number to eight or nine. Kodandaram’s TJS will win one seat, said the soothsayer.

KCR’s superstition and belief in shubh muhurat (auspicious time) to begin any task is well known. In fact, he consults his family priests to know about the right time and date to do anything. It is worth mentioning here that the TRS Supremo was advised by his priests to file his nomination at precisely 2.34pm in Gajwel.

To take no chances that would delay the time, the caretaker CM had strictly instructed his party cadre and supporters not to accompany him around the time of filing his nomination. He was accompanied by only a few leaders and his nephew T Harish Rao, who visited a church and a dargah before filing his nomination in Siddipet.

KCR offered special prayers at Lord Venkateshawra Swamy temple at Konaipalli village of Nagunuru before he filed his nomination.

Will the forecast come true for TRS and give KCR another chance to rule Telangana? We will soon know. The power lies with the people. #KhabarLive