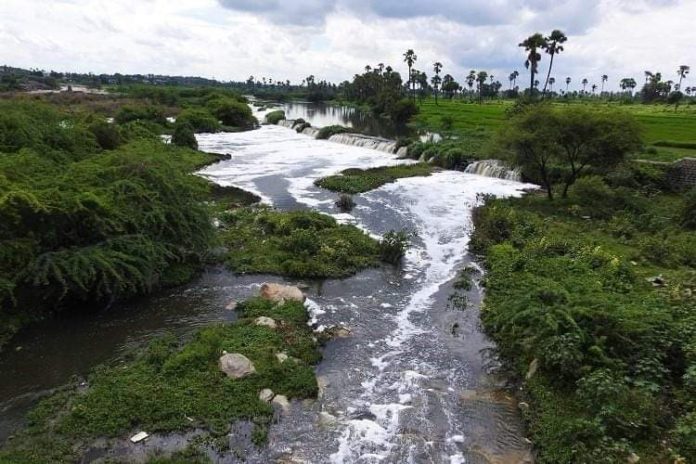 Over two years after the Telangana government made big plans to revive the Musi river that was once Hyderabad’s lifeline, an RTI response shows that little work has been done on the ground.

The Musi Riverfront Development Corporation (MRDC) was formed after a Government Order issued on March 25, 2017 and while around Rs 754 crore had been allocated to the body by the state in successive budgets, only a meagre Rs 3.12 crore has been spent.

This, despite the Telangana Rashtra Samithi (TRS) reiterating several times in the past that cleaning up the Musi river and restoring it to its past glory was one of its top priorities.

“They showed us so many videos, designs and plans that they had for the Musi river. The government even said that they would build a skyway along the river from Langar Houz to Nagole. The money they have spent is purely for conducting a few surveys and for paying the salary of the employees,” says CPI (M) city secretary M Srinivas, who filed the RTI.

“Drone survey was conducted for the length of 57.5 km with a width of 1 km from the outfalls of Osmansagar and Himayathsagar to the Outer Ring Road on the East. The survey includes identification of the river boundary, existing features through a video, auto-cad drawings and digital elevation models among other things,” the RTI response states.

It also said that the MRDCL had conducted an Internal Design competition and invited 10 selected global firms to present ideas, vision concepts and an overall master plan, but did not finalise a design plan yet.

The website of the MRDCL also seems to have gone defunct.

A decision on the detailed project report (DPR) was also yet to be taken.

“At least under the previous government, some work was done, but this government has been all talk and no walk. Even before the Board came, they made tall claims. It has become a corporation for taking loans and a chairman post where they can appoint political employees,” Srinivas alleges.

The MRDCL was conceived to act as a nodal agency to monitor and coordinate the activities of various departments and agencies like the Hyderabad Metropolitan Development Authority (HMDA), Greater Hyderabad Municipal Corporation (GHMC) and Hyderabad Metropolitan Water Supply and Sewerage Board (HMWSSB), to prepare and execute a comprehensive plan for abatement of pollution in the river and develop the riverfront.

However, government officials have defended the delay.

A senior official from the MRDCL told TNM, “It is still in the conceptualisation stage. The designs are under consideration. Since it is a big project and a comprehensive one, it takes time. It involves restoration, beautification and conservation. Right now, entire Hyderabad’s sewage is dumped into that and we are first dealing with that issue.”

Hyderabad was established along the banks of the Musi river in the late 16th century and earlier 17th century. It was the city’s lifeline for centuries but has turned into a massive drain today. The Musi river originates in Vikarabad district in Telangana, near Anantagiri Hills, and passes through Hyderabad, before joining the Krishna river in Nalgonda district. #KhabarLive