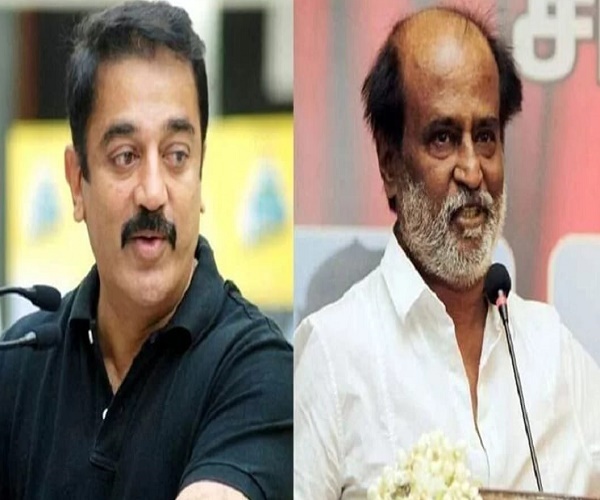 A few months prior to every election in the southern states, a very heightened sense of curiosity and speculation envelops the media across various platforms. This is not confined to just making guesstimates about how many seats the political parties in the fray would end up winning and who could be the dark horses upsetting every permutation and calculation.

It would invariably be following the antics of the movie stars in each of the five states and which way they would be headed, how would they campaign, what would be their impact at the hustings etc.

Tamil Nadu has had a head start in this regard and continues to whet the appetite of stardust seekers across the country, who have been highly sensitised to the day-to-day antics of the demigods as they have been ongoing for a long time now.

From MGR to NTR the filmi caravan had ploughed on for around three decades, before the onscreen celebrities were both seen entering and exiting the heat and dust of politics in the new millennium. Readymade examples are that of megastar Chiranjeevi in the Telugu-speaking zone and Vijayakanth in Tamil Nadu, who entered the arena in 2005 and at the time of writing has not yet called it quits.

A continually amazing phenomenon for many dyed-in-the-wool political observers, the launch vehicles of cinema stars, virtually as a matter of right from one public-intensive activity like moviedom to the quicksand of politics has stuttered once a while but not ground to a halt. The upcountry public too are used to seeing a few of their matinee idols providing eye candy but nothing beats the milieu present below the Vindhyas.

Ever since the death of Jayalalitha and Karunanidhi in quick succession during the past two years, Chennai politics has dropped from the national media map to a noticeable level. While the unique brand of Dravidian politics and the rabble-rousing of the local netas on any issue had a USP of its own for the byte-starved media, it has receded in the past year as none of the existing politicians are good enough for studio discussions or even regular interactions.

Kamal Haasan followed by Rajinikanth, the two top movie titans in Chennai have had their brushes with the political elements, from the time of MGR to that of Karunanidhi and Jayalalitha for sure. The comfort/discomfort levels were strictly based on their own involvements then, as it was fashionable for both to declare that they did not consider entering politics ever and would rather harness the fan power to serve the people via welfare associations formed on their names.

Quite expectedly, the more popular of the two, Rajinikanth has decided to get more active and launch a television channel on his name for which he has roped in a local media professional, well known for his journalistic skills. His dilly dallying about turning a politician by now has become a dog-eared fable for the long time fans of his, who are not too worried whether he would ultimately take the plunge.

Yet the star, whose popularity at the cash counters has been recently restored with the success of his recent 2.0, has attracted lovers of his filmi persona, generation after generation, which is what he believes will give him the fillip to carry on his campaign.

Of course, it is early days to try and assess his impact as also the ideological twist his party and followers would stand for. No clarity is as yet available on his plans to take on his political rivals, even as his screen counterpart Kamal Haasan has been visible, travelling across the state and a few other parts of the country trying his own brand of netagiri. He has at least been clear in his outlining of the agenda he is likely to follow, beginning with the announcement that he would want to contest the forthcoming 2019 Lok Sabha elections.

The savvier of the two in his dealing with the English press, both online and offline, Kamal Haasan was found himself tying in knots during a Republic TV open debate with Smriti Irani, which has been widely shared on social media. The combative Smriti was at her best, calibrating her arguments steadily and puncturing the vacuous, middle-of-the road responses of the southern star, seen unsure for most of the hour-long programme.

Rajinikanth’s recent interview to India Today saw him at his ambivalent best as he came up with pointed, generalized views on the state political scene and also said what he has always been saying: ‘Politics is a dangerous game’. If that be so, how is he going to battle on as the war veterans encircle him is anybody’s guess. If he is being considered the cat’s paw of BJP in Tamil Nadu, it is not surely going to do him any favour as the saffron party is not likely to make any mark in the state, with its flip-flop on various issues typically concerning the state. A weak, faction-ridden state unit and the depleting appeal of the Superstar can hardly make it an attractive combo for many.

States like Telangana and Karnataka are by and large free from this menace and have built their own political superstars as the politicians in these states refer to their leaders. Kerala has a marginal presence of the political avatars of Mohanlal and Mammotty, often subsumed under the overall political cloak of the parties they are supporting as of present.

It would not be surprising if the Tamil population calls the bluff of their ageing heroes and say enough is enough by sending them into a well-deserved superannuation phase. After all, it would be clear in a matter of just few months from now! #KhabarLive