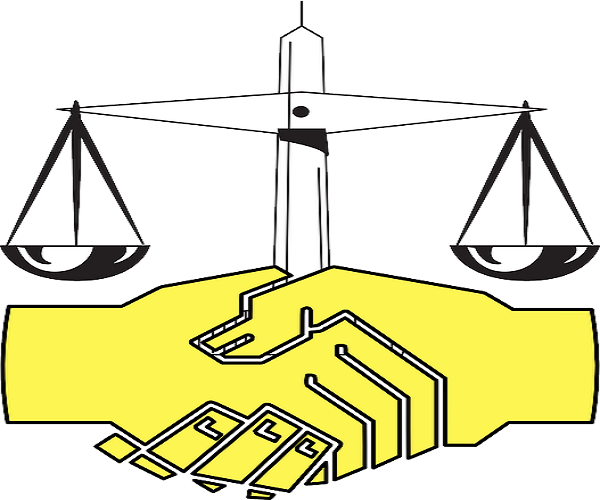 There’s a reason why there seem to be more stories of patients feeling cheated and fewer stories of doctors and hospitals being convicted– the culture of payouts that big private hospitals have been offering patients.

Sometimes these payments are made within the framework of Indian law, which allows monetary compensations. Other times, the payouts are done at big hotels or at the homes of victims, and double up as hush money. This hush money is useful to hospitals, because it preemptively deters victims from pursuing legal cases.

Patients and their families, weakened by grief and financial pressure, are lured by big corporate hospitals with this money, and sometimes they even accept it.

Recently, KhabarLive reported about payouts offered by Fortis and Medanta hospitals to aggrieved families. KhabarLive also reported last week, on how the Union health ministry brokered a refund from Medanta hospital to a family in Rajasthan. Medanta returned the money the family spent on treatment, but on the condition that they drop their legal complaint.

A settlement culture like this will have long lasting impacts on justice and patient-rights. Cases hushed up with money from private hospitals will not be taken to court and prosecution for medical malpractice will become increasingly illusionary.

Various actors will play a part in deciding how this trend will change in India, including patients themselves, doctors, civil society, private hospital owners, insurance companies, bureaucrats and lawyers.

“When hospitals refund bills, it is not out of the goodness of their heart. By paying these small amounts, hospitals can avoid higher costs, legal escalation and save their reputation. This is nothing but hush money,” says Smita Dikshit, a lawyer practising in the Supreme Court and various high courts who is familiar with medical negligence litigation.

“The problem with these informal mechanisms is their secrecy,” says Malini Aisola of the All India Drug Action Network, a civil society organisation working for patients rights. “When these settlements happen informally, we will never know what kind of breaches of laws have even happened here, and thus what kind of justice or compensation is actually due. These kind of informal settlements do not further the idea of deterrence among the medical community,” she says. Aisola adds that the system needs to become more formal and less arbitrary.

Jasbir Grewal, executive vice president at Fortis also spoke to KhabarLive about this. “It could happen that the money is given in the hope that the family withdraws their case,” he said. He did not confirm if Fortis has entered into such contracts with any patients.

Gopendra Singh Parmar from Rajasthan was the recipient of Medanta’s refund and a victim of their tactics of hushing up complainants. His seven-year-old son died from dengue after treatment at Medanta and his family was given a bill of nearly Rs 16 lakh. “If they had not offered this money, I would have kept fighting to pursue my case with the police,” he told KhabarLive.

“What Medanta did was not a compensation. It was a refund. They haven’t even bothered to compensate for the loss of human life,” says Waseem Pangarkar, a partner at MZM Legal in Mumbai.

Defeated patients accept this hush money in spite of a Supreme Court judgement in 1995 which made it easier for patients to claim monetary compensation by allowing medical disputes to be heard in consumer courts. According to the judgement, a patient can be awarded compensation by the judge, or the two parties can reach a compromise and submit affidavits in court that they have settled the matter. The compensations can be very large as the courts factor in the earning capacity of the person who suffered, and recompense not just for expenses incurred but also for the life lost.

As reported by KhabarLive, in these informal settlements, private hospitals often offer to refund only the expenses incurred by patients.

But the amount which hospitals refund impacts them much less than what they gain from the refund. This is because of how inflated these expenses are in the first place. “A refund only means the hospital couldn’t make a profit out of that patient, not that they incurred a loss,” says Puneet Bedi who is a gynaecologist at a private hospital in Delhi.

“The high prices [printed] in bills are for their [hospitals’] profits, not their [medicines’/treatments’] actual costs. In six hours, this money can be recovered from another patient in the ICU,” says Bedi.

Bedi’s observations are borne out by evidence from the National Pharmaceutical Pricing Authority (NPPA). NPPA recently studied bills from four private hospitals recently and concluded that hospitals mark up prices by as much as 1737%. Of the bills studied, medicines were the bulk component at 25%. Diagnostics came up to 16% of the bills. Consultation, procedure costs and room rents were about 12% each.

However, if patients pursue the case through legal channels, they can receive much more than what executives like Grewal informally offer them.

This is because courts calculate compensations by factoring in certain ‘multipliers’. “The test, in court, is how much the victim who died could have brought in as income. Courts look at what loss the legal heirs suffer, when a victim dies or is debilitated from medical treatment. This is the multiplier with which compensations are calculated and it can be in lakhs,” says Romy Chacko, a Supreme Court lawyer. For example, courts will likely award large compensations for the death of a young earning family member, and perhaps lesser money for the death of a retired senior citizen.

When patients and hospitals make use of the legal mechanisms of courts, it brings the case to the public eye. Prosecution is valuable as it provides data for the public to truly analyse how well the mechanism is working. Secondly, it also passes on the message of deterrence to the medical community at large. Thirdly, it communicates to patients that they indeed have rights and hospitals can’t “demand ransom” from families, as Abhinav Verma said of his traumatic experience with Fortis hospital, Bengaluru, where his mother was admitted.

This is the opportunity cost of the phenomenon of monetary settlements that private hospitals offer– had a victim approached court, there may have been a conviction. That conviction could have saved many other patients, and the particular victim might have received large amounts of money as compensation. This possibility is foregone when a patient accepts the settlement that private hospitals and insurance companies work together to offer.

However, monetary settlements– whether formal or informal, and even if hush conditions are imposed on patients– need not prevent victims from pursuing a criminal case. “Just because someone has given a refund or paid compensation, it does not absolve them of their criminal culpability, whether this was done in court or out of court,” says Chacko.

“Paying people off can be tactics to end a criminal case, but criminal cases don’t have to end just because money was given. Hush money and its ‘gentlemen’s agreements’ are not [legally] enforceable,” he says.

Risk insurance for hospitals and professional indemnities for individual doctors plays a key role in fostering a settlement culture.

“Why do you hear of patients only suing private hospitals and not public hospitals? That’s because when they are charged so much, they obviously want the best quality treatment. As health care costs increased in the US, this is how the insurance culture there arose as well,” says Sanjay Datta, a senior executive at ICICI Lombard, an insurance company.

As insurance companies back more doctors and hospitals in India, and patients become more demanding, this settlement culture may grow here too. It can grow through formal ways in courts, or through informal ways like these payouts.

“Since most doctors are consultants these days, they have their own indemnity policies which they pay for themselves. Depending on one’s specialisations, one can be insured for different amounts,” says Bedi. Gynaecologists like him are often insured for around Rs 20 lakh.

Datta says risk insurance for companies and professional indemnity for individual doctors has picked up over the last many years. Professional indemnity is important for doctors in ways that are different from other professions. “For journalists, you could be protected by insurance for defamation or libel. But you don’t run the risk of being sued for let’s say, poor grammar or sloppy work. For a doctor, whether it’s an error or just sloppy work, it can risk a patient’s life. So insuring doctors is very important,” says Datta.

The failure of “due process” in such cases leads to a cycle of further arbitrary actions. This is exemplified in all the three cases which KhabarLive recently reported on.

One example of this arbitrariness is the different standards used by Fortis with two families. Jayant Singh’s seven-year-old daughter Adya Singh died last year from severe dengue after treatment at Fortis hospital, Gurgaon and he was handed a bill for nearly Rs 16 lakh. Abhinav Verma’s mother also died after 54 days of treatment in Fortis at the end of which he was given bill of Rs 43 lakh.

Fortis’s Grewal told KhabarLive that they offered Jayant a refund but not Abhinav.

He also told KhabarLive that Fortis does not have any policy which determines who gets a payout from Fortis and who doesn’t. But he did say that cases which pick up public attention are sometimes offered refunds, similar to “the restaurant or hotel business, to keep a customer happy.”

Likewise in the Medanta case, Gopendra Singh Parmar’s seven year-old-son also died after treatment at Medanta which costed Rs 16 lakh. The health ministry brokered his refund, which Medanta leveraged as hush money. But hundreds of others do not get these options.

“We need more formality in the system and patients shouldn’t have to depend on arbitrary acts of someone’s mercy,” says Aisola.

While the government acted on Gopendra’s case, it has restricted itself from implementing widespread policy changes. Arbitrary and isolated actions of the government like in these cases are not tenable in the long term for patients, private hospitals, law enforcement or good governance. #KhabarLive