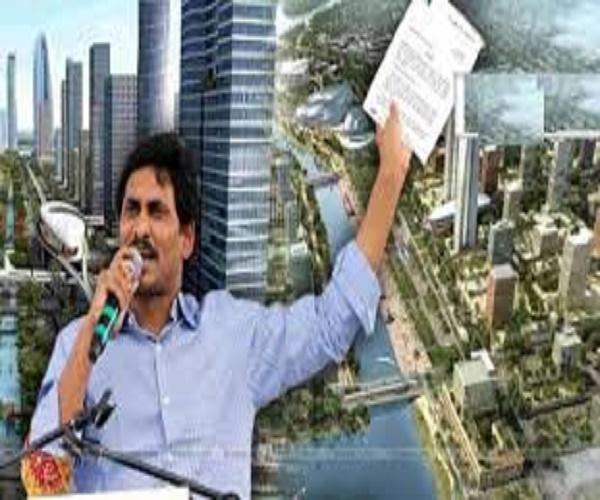 Ever since the YSR Congress party government led by chief minister YS Jagan Mohan Reddy has decided to form three capitals for Andhra Pradesh and abolish the AP Capital Region Development Authority, the opposition parties have been leveling allegations that Jagan is virtually abandoning Amaravati.

The chief minister’s detractors have even moved the high court stating that the previous Telugu Desam Party government had taken up projects worth nearly Rs 50,000 crore in the Amaravati capital region, including roads and other infrastructure, and had already spent more than Rs 10,000 crore.

They alleged that all this expenditure would go down the drain if the executive capital was shifted from Amaravati to Visakhapatnam. Amaravati would turn into a ghost city with the buildings and other infrastructure facilities being abandoned midway.

The high court also asked the state government as to what the government would do with the already constructed buildings and infrastructure. It sought to know who would bear the loss of these buildings get dilapidated.

But on Thursday, Jagan has given enough indications that Amaravati is not going to be abandoned but would be developed into a big city.

ALSO READ:  Late Arrival Of Ambulance Cause For Lost Of Precious Lives In Hyderabad

He held a meeting of the newly-formed Amaravati Metropolitan Development Authority at his camp office and discussed the steps to be taken to complete the works in Amaravati.

Jagan directed that all the incomplete building infrastructure be completed forthwith and the chief secretary would prepare a complete plan of action. He also asked the officials to mobilize additional resources for developing Amaravati into a metropolitan city.

According to the official sources, it would require another Rs 14,000 crore to Rs 15,000 crore to complete all the existing buildings.

The chief minister also asked the authorities to take up the Happy Nest complex for which a large number of people had made advance payments.

Apparently, the Jagan government is planning to utilize these buildings for the government’s needs. Once Amaravati is developed into a metropolitan city, the land values of the Amaravati farmers would automatically go up and that would put an end to their agitation, officials said. #KhabarLive #hydnews