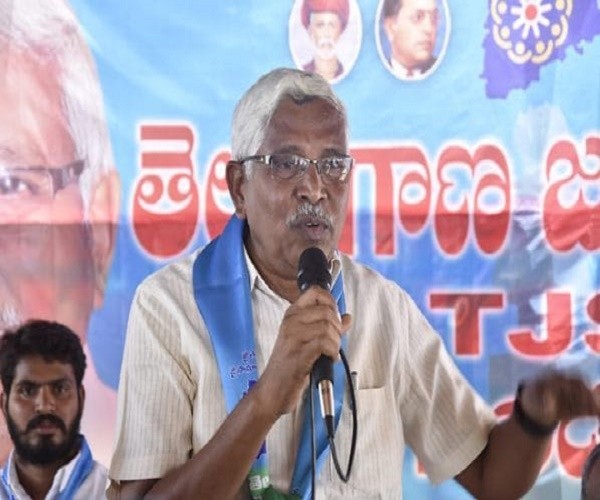 The Telangana Jana Samiti’s recent expressions of dissatisfaction over seat sharing in the ‘Mahakutami’, now rechristened ‘Prajakutami’, is learnt to be a part of an elaborate opposition ploy that will eventually see TJS leaving the ‘kutami’ of Congress, TDP and CPI and contest the polls on its own.

The goal of this deliberate plan is said to be an attempt to split staunch ‘pro-Telangana voters’ who would never agree to vote for TJS if it stays with the Congress-TDP combine. This group of voters, the opposition parties are believed to have concluded, would not vote either for the Congress or the TDP as these parties are viewed by them as anti-Telangana.

It may be recalled that TJS president Prof M Kodandaram has been quite vocal over the past few days on the need for Congress to get cracking on the seat-sharing formula. He has cited confusion in his party ranks as well as among voters in general who are not sure yet of the final shape the opposition alliance would take.

The TJS had been demanding at least 35 seats, but is reported to be willing to settle for 25, something the Congress has made evident that it was not agreeable to.

All this talk of TJS’ demands for seats is said to be a build-up for an ‘angry, upset and betrayed’ Kodandaram to eventually lead his party out of the opposition alliance. The exit, as and when it happens, would be with the full understanding that the others in the ‘Prajakutami’ would reap the benefit of this move.

In return, the Prajakutami would field weak candidates in constituencies where the TJS believes it is strong. In others, the TJS would field its candidates with the full knowledge that it would not be able to win.

The idea is that if the TJS contests polls on its own, it can do so in a larger number of seats. And crucially for the opposition game plan, it would split the pro-Telangana votes which are otherwise expected to go to the Telangana Rashtra Samiti.

The opposition parties believe, it is learnt, that the ensuing elections could witness close contests in many constituencies and even if the TJS manages to wean away a few thousand votes, or even a few hundreds in constituencies where it really cannot win from, this could cause sufficient damage to the TRS in a closely contested election.

Incidentally, on Saturday, a meeting attended by Telangana TDP president L Ramana, CPI State secretary Chada Venkat Reddy and Kodandaram, decided to leave it to the TJS president to sort the seat-sharing issue with the Congress.

The Congress, on its part, has been dragging its feet on announcing just how many seats it was willing to share with its allies as part of the alliance. This delay is designed to project the eventually expected exit of the TJS from the alliance to appear that the TJS did all it could to ensure opposition unity but was left with no option but to go it alone in the elections.#KhabarLive