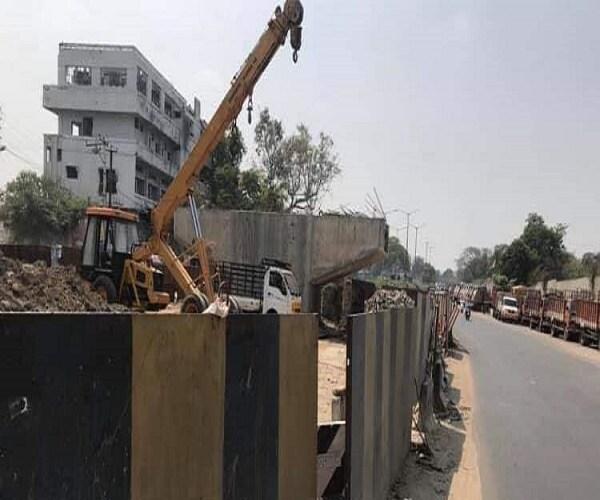 The much awaited project in Old City, the Bahadurpura flyover on the National Highway (NH-44) in Hyderabad, which should have been completed this year, will be taking at least another year or two. Being constructed under Strategic Road Development Plan (SRDP) and glitches involved in land acquisition process, the officials of GHMC are gearing up for tough task ahead.

The Minister for Municipal Administration and Urban Development, K T Rama Rao had laid foundation stone of the flyover at the Bahadurpura X Roads in June 2018 and was planned to be completed by September 2019. But now the officials say that the process of land acquisition was yet to begin, and the project was expected to be completed by June 2021, if all the plans and modalities go accordingly.

To solve the regular traffic congestion issue at Bahadurpura x Roads, the GHMC had proposed to build 780 meters long flyover from Bahadurpura Police Station to Jawaharlal Nehru Zoological Park at an estimation cost of Rs.47 crore.

According to officials, a total of 13 piers are being laid to raise flyover from PS Bahadurpura to Zoo Park of which four piers have been grounded at Bahadurpura Cross Road so far, and another one is in process. For remaining eight piers land acquisition is require to be done.

“Land acquisition is the main hurdle in the project and soon we will commence the process. We hope the project will take a final look by March or June-2021 provided the acquisition process moves smoothly without any glitches,” said Dattu Panth Executive Engineer GHMC Project Wing.

“A proposal of shifting of three foot diameter sewerage line is also pending with the Water Works Department. Only after completion of these works, the project would reach to an end in a year and a half. We are trying our best to complete the works on war footingj however there are certain issues that need to be addressed before achieving the goals,” he argued.